How we reduce emissions

SEA Airport collaborates with our tenant airlines, service providers, and our community to reduce emissions. While a majority of pollution-causing emissions occur from sources not under our control, through these partnerships and the environmental goals of our organization, we can move people and goods more efficiently while improving our region's air quality and strengthening the businesses that operate at SEA Airport.

SEA is the first airport in the country to purchase thermal renewable natural gas (RNG), a low-carbon natural gas alternative produced from landfill waste, to heat the airport terminal and power our bus fleet. This decision to switch from higher carbon fossil fuel to renewable waste-derived fuel will enable the Port to reduce its carbon emissions by 50 percent in 2021, a goal that was initially targeted for 2030.

Benefits of RNG: RNG produces no new carbon emissions because it replaces fossil fuels and recycles existing carbon in the atmosphere. Natural gas accounts for 75 percent of the Port’s annual climate-warming greenhouse gas emissions. This 10-year contract will result in the reduction of approximately 11,000 tons of emissions the Port directly produces from its own operations (scope 1) and those from the electricity it purchases (scope 2). Using RNG at SEA Airport in the next decade will remove the emissions equivalent of: 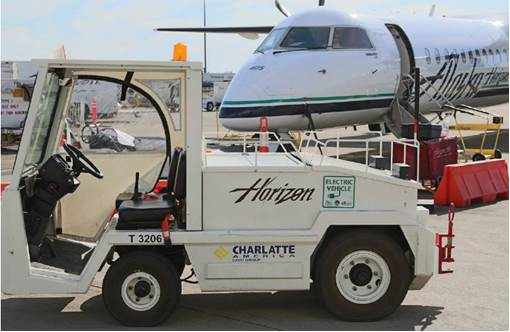 SEA Airport has installed nearly 300 electric ground support equipment charging locations throughout the passenger terminal ramps, to have them available at every gate by 2021 (561 in total). Each site or chargepoint typically provides charging for one piece of eGSE.

Benefits of eGSE: SEA's eGSE charging stations allow airlines to use electrically-powered GSE rather than petroleum-fueled GSE. By using these types of electric vehicles, this project (when complete) will reduce: 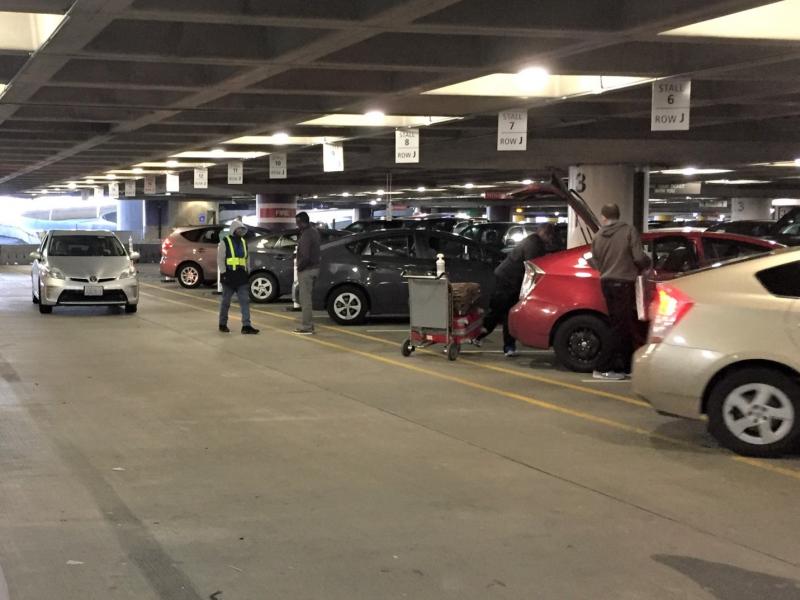 SEA Airport has partnered with many of our ground transportation providers to offer greener choices such as high MPG taxis and rideshare options, or alternative fuel shuttles and door-to-door vans. These include initiatives such as: 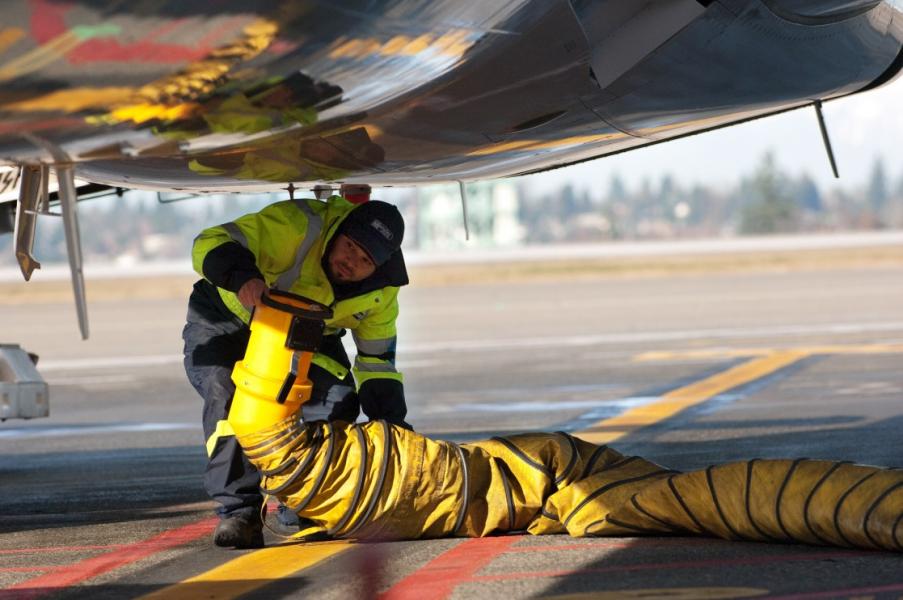 Seattle-Tacoma International Airport has installed Pre-Conditioned Air or "PC Air" and ground power at each of our gates to reduce energy costs for airlines, improve air quality, and increase energy efficiency throughout the airport. PC Air provides cooled and heated air to an airplane cabin while parked at SEA gates, while ground power supplies other electrical needs in the cabin. Pre-conditioned air allows the pilot to turn off the airplane's auxiliary engines that would typically provide air and electricity to the cabin, thereby reducing fuel and air emissions.

Benefits of PC Air: PC Air provides both environmental and financial benefits to our airline's partners, our passengers, and our surrounding communities. Each year, PC Air reduces:

The Port of Seattle's air quality program is part of an aggressive and systematic effort to make our facilities as ...

The Port of Seattle was joined by industry leaders, state policy makers and researchers from Washington State Unive...

On May 17, 2022, the Port of Seattle, City and Borough of Juneau, Vancouver Fraser Port Authority, Carnival Corpora...

SEA Steps on the (Renewable) Gas to Halve Carbon Emissions

Solar Power at the Port