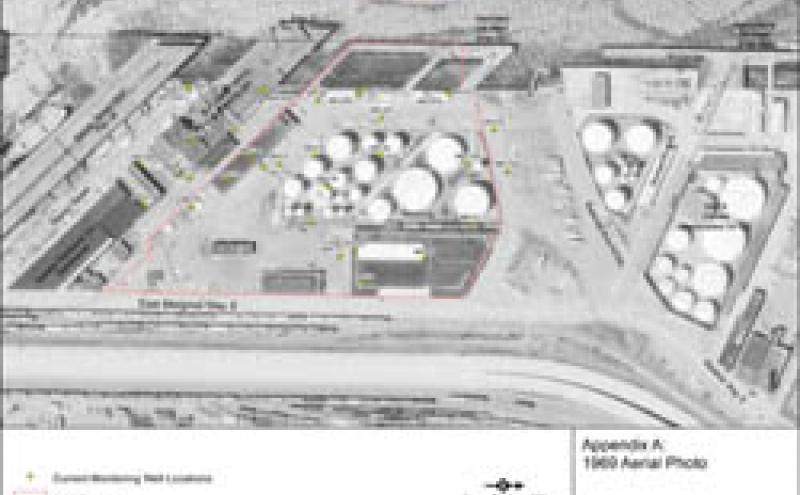 Terminal 30 (T-30) is a 31-acre container terminal located at 2431 E. Marginal Way that provides a Seattle base for a major shipping line. Containerized freight is transferred between ships, trucks, and temporary terminal storage using cranes and forklifts.

The Port of Seattle acquired the property from Chevron in 1985 and developed it as a container terminal. From 2004-2008 the terminal was used as a cruise ship facility.

The Port and the Washington State Department of Ecology signed a Consent Decree (CD), agreeing on the remedy for Terminal 30.

The Cleanup Action Plan describes the cleanup, which will be designed in an Engineering Design Report and then installed upon Ecology’s approval. Monitoring will occur throughout construction and during operation of the cleanup.

How was Terminal 30 contaminated?

As early as 1905, the Standard Oil Company (now Chevron) operated a bulk petroleum handling and storage terminal on portions of T-30 where fuels including gasoline, diesel, and heating oil were stored in numerous above-ground tanks. The operations released petroleum-related compounds that resulted in the accumulation of free-phase petroleum in the subsurface and contamination of soil and groundwater.