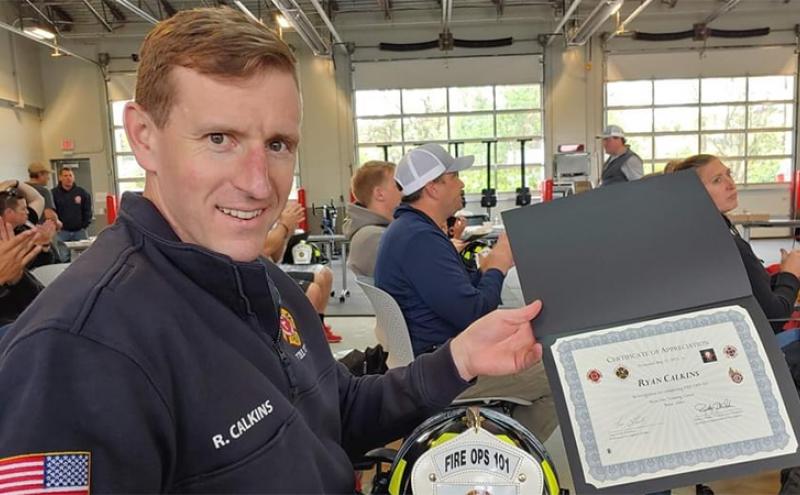 On a busy day at SEA, more than 100,000 people pass through the airport. With so many passengers, workers, and others passing through the facility, SEA is like a medium-sized city. And just like any other city, SEA relies on emergency personnel to ensure the safety and well-being of all those people.

Our Fire Department plays a key role in responding to emergencies when they occur and preventing them from happening in the first place. With roughly 100 firefighters, it’s an impressive force, trained to respond to the unique incidents that can occur at a large hub airport. And they are equipped with specialized gear such as infrared sensors to detect where a fire may be located in an airplane, to cabin piercing nozzles that can extinguish a flame inside the aluminum shell of a plane.

Last month, our department’s firefighters union invited me to participate in an all-day training. Micah Wilson, one of our department’s firefighters and a patient “shadow”, accompanied me as I fumbled my way through a series of drills. We started by climbing a ladder six stories to vent a roof, then extinguished a small house fire, and finished with a ride in an ambulance while trying to perform CPR and intubate our patient (luckily, just a dummy, because there’s no way I would have revived a person). In between, we broke down a door, used the jaws of life to extract a victim of a car crash, and searched for and rescued a couple of children from a smoke-filled apartment — again, thankfully, just dummies.

The opportunity to put on the helmet, tank, fire-resistant gear, and boots for a day and get just a small taste of what it takes to be a firefighter was truly eye-opening. I expected it to be exhilarating, which it was. What I didn’t expect was how complex, orchestrated, and labor-intensive it was. 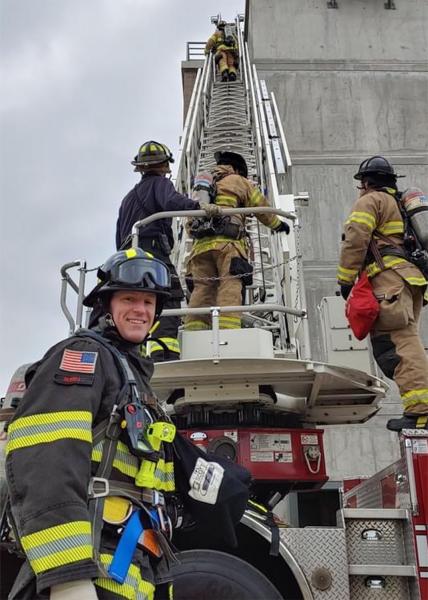 I learned how each firefighter on the scene of an incident plays a specialized role — and has specialized training for that role. My perception before the training was that the bell would ring and a bunch of firefighters would jump onto a truck, get to the scene, and start spraying water on the flames. Instead, I came to understand that their actions at the scene of an incident — whether it’s a fire or a car accident, or a heart attack — is highly orchestrated and something they practice constantly. By drilling every aspect of their job, they save the precious seconds that can mean the difference between life and death for the people they are hoping to save.

In spite of all of the training, every incident is unique, and so firefighters are required to make split-second decisions based on knowledge and intuition. And they are forced to do this while carrying up to eighty pounds of gear up hundreds of stairs while breathing through a respirator and dragging a hose. Suffice to say, I was truly impressed by the combination of fitness, intellect, and courage it takes to be a firefighter.

Just this month Fire Chief Krause joined us at a Commission meeting to give his annual report on the Department, which you can find in the recorded archives on our Meetings page. He highlighted how our Department compares to other departments around the country and the world and discussed the unusual needs of a department that covers the eighth busiest airport in the nation. As he concluded, we discussed ways in which we can take care of our firefighters, including ensuring access to mental health services, and preventative measures to reduce exposure to harmful toxins. Taking care of those who take care of all of us is the least we can do. 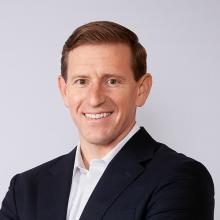 2021: A Year Your Grandchildren Will Ask You About

Port to Decarbonize by 2040