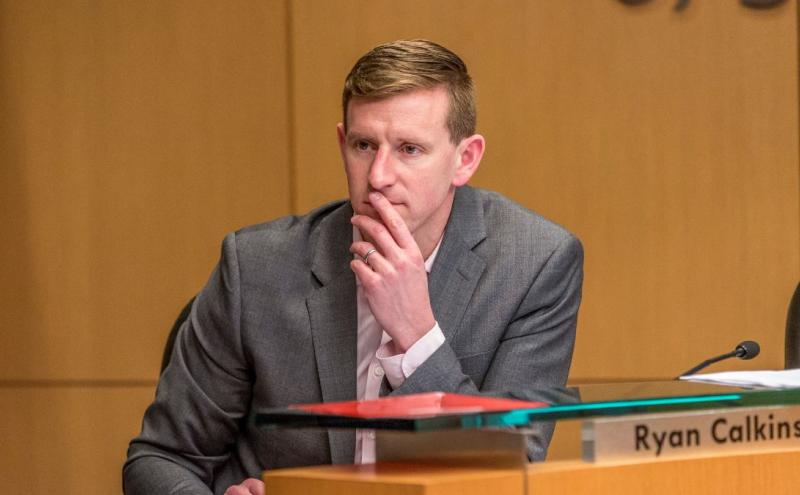 Commissioner Ryan Calkins made the following remarks at the Commission’s June 30 community forum, emphasizing the importance of a thorough assessment of policing practices at the Port of Seattle in the fight to end systemic racism.

The question before us today, the assessment of policing practices at the Port of Seattle, could easily be considered within the confines of our institution. In that case, our efforts would be similar to any regular assessment of one of our operations departments: we might activate our audit team to examine practices; we might hire an outside consultant to counsel us on best practices among similar departments at peer organizations; and we might plan for new hiring and training practices to improve performance in areas of weakness.

However, the police department is not like any other department in our organization, for we have tasked them with protecting and serving everyone in our jurisdiction, and we have empowered them with grave powers — the use of deadly force and the deprivation of individual liberty. By conferring those powers to our police department, we, as an organization, take on an additional responsibility — to ensure that those powers are only ever used when no other alternative is available to protect and to serve.

Executive Director Steve Metruck took executive action last week to immediately implement a number of reforms. While those are reasonable and measured, they are just a first step toward a much more thorough examination of policing practices. Today we will hear from members of our community and our organization, as we consider establishing a task force to do the legwork of reform. The goal of the taskforce will be to recommend substantive changes that move us toward a goal of eliminating bias and undue use of force, and to identify areas in which we have expanded the scope of our police beyond their primary mission. The voices of those who share today, and who have shared through email, social media and other public channels, make clear that cosmetic changes to our policies are not enough. Rather, we — like every other public agency with a police department — must understand this as a watershed moment when incremental changes are not enough.

Let me conclude my remarks with an anecdote that a number of members of our Port family have shared with me. It is as stark a reminder of the reality of systemic racism as any example. I, as a father of two young boys, have never once considered sitting them down to discuss how they should handle an interaction with police. However, parents of black children, black boys in particular, have shared with me the need to do just that. In a nutshell, that is what our community members are asking for — a world where the children of black and brown families can safely assume that the police are a force for good in their communities, that they have no reason to fear for their own life and safety when interacting with them, and that the police are there to protect and serve them as well.

In so many ways, our Port police department has been on the leading edge of best policing practices. I look forward to the work we will do today, and as part of this task force, to ensure that our police department continues to be a model for departments around the state and the country.

Undercover Boss with the Mask Up SEA Street Team

Make Sure We All Count in the 2020 Census

Leading Health and Safety at SEA

Do Big Things on Earth Day