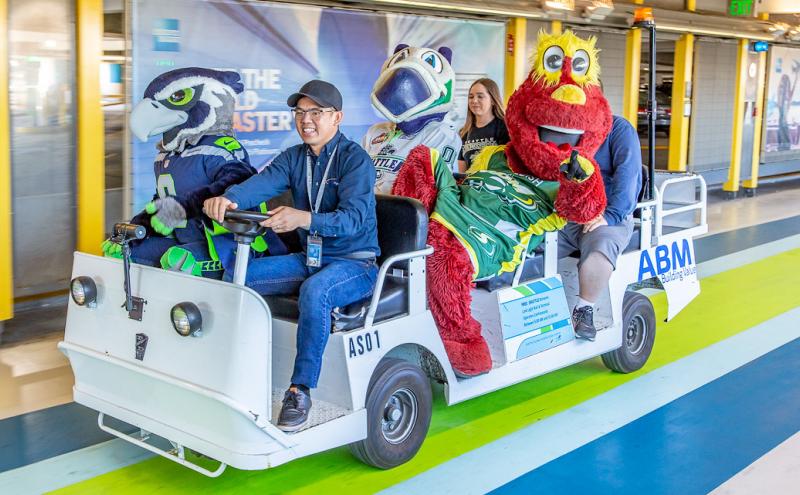 If you have taken public transportation to get to Sea-Tac Airport, you are one of the 5,800 people per day who use the airport station for Sound Transit Link light rail — one of the most cost-effective and efficient ways to get to the airport when traveling from Seattle. A one-way ticket from downtown Seattle ranges from $2.25 to $3.25 and takes about 40 minutes with trains arriving every six to 15 minutes.

The station is a short walk, about the length of an airport concourse, to the terminal. If you find this a challenge, rather than an opportunity to get in your steps, Sea-Tac Airport offers electric shuttle cart services for you and your luggage to get you from the station to the terminal. We asked travelers what they wanted to know about Link light rail and here’s what they told us.

How do I get from the terminal to Link light rail?

Once you’ve done it it’s not too hard. It’s connected to the fourth floor of the airport parking garage. 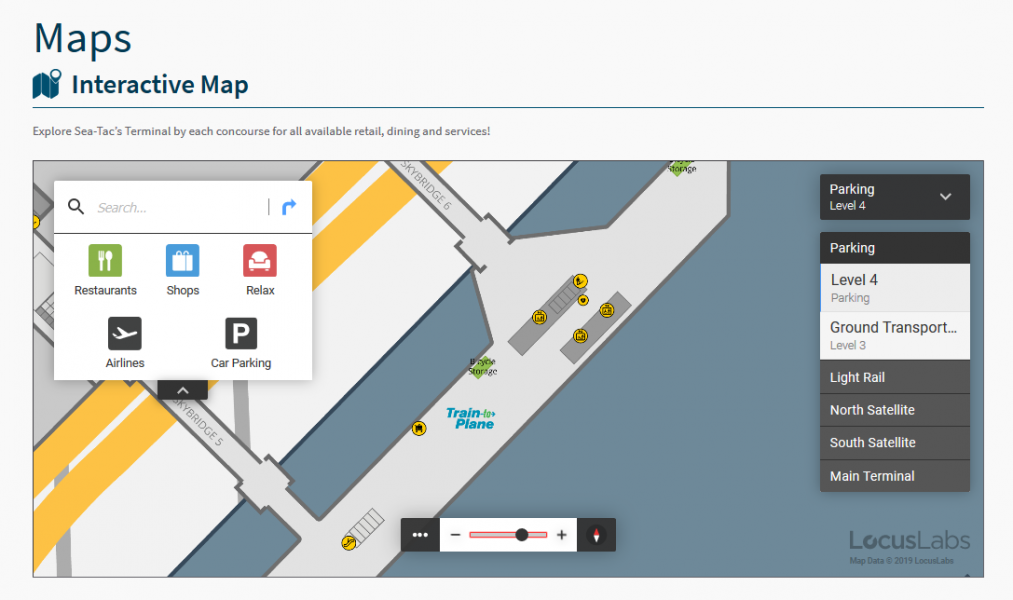 And remember to bring luggage that will fit under the seat or at the end of the train.

Yes, and services are available from the station and once you’re at the airport. Free shuttle service between the Airport station and the airport terminal is available.
•    Sound Transit accessibility information
•    Accessible services inside the SEA terminal

Who can use the electric shuttle cart service and how much does it cost?

You heard it here first — this shuttle is FREE for everyone to use. With only a five to 10-minute wait time between shuttle carts, you no longer have to make the walk between the station and the terminal unless you want to. The shuttle operates between the hours of 5:00 a.m. and 12:00 a.m. at the entrance to the walkway at the station or just south of the blue elevators next to the terminal. Just tell the driver which airline you are flying with, and they will drop you off at the appropriate part of the terminal.

Why is there no moving walkway between the station and the terminal?

It’s a great thought but, unfortunately, the airport garage infrastructure won’t support a moving walkway. The garage floors are built with what’s called a “post-tension cabling system” which means cables are embedded in the concrete and stretched to create structural support. A moving walkway needs about two feet of room below the surface for its inner hardware, which means installing a system would require cutting the tension cables of the garage concrete and destabilizing the structure. We also looked into installing the walkway above the garage floor but there was a risk that travelers could hit their heads on the ceiling beams. We would never incorporate a solution that prioritized convenience over safety.

Why wasn’t the station built closer to the terminal?

Good question! This goes back to the boomerang shape of the airport terminal that was built in 1949, which in turn affected the shape of the airport garage and the drives in between. If the train tracks mirrored the curve of the airport drive, the trains would have to slow down significantly and that would impact the speed of the entire route. Instead, Sound Transit determined that the straight-line east of the garage would be more efficient and reduce travel times. The current location also allows the Port more flexibility for future development of the airport drives as traffic volumes increase.

What is the distance between the station and the terminal?

The distance from the station to the terminal is 950 feet or 316 yards. It’s about a seven to nine minute walk from the Alaska Airlines baggage claim.
Equivalent distances that may make more sense to you are:
•    One New York City block
•    A little more than three football fields
•    1.57 times the height of the Space Needle (without the stairs!)
•    Only 379 steps on your pedometer of your daily 10,000
•    Hole Number 6 at Bandon Dunes Golf Course
•    The same distance as the B or C Concourse
•    A little less than the D Concourse

What has the airport done to improve the experience through the garage walkway?

In 2017, the first improvement was to add the free electric shuttles to transport passengers. The Port also added weatherization panels to protect travelers from the wind and rain that can come in from the north and barriers on the south to separate pedestrians from garage traffic. Last but not least, lighting and better signage were installed.

Besides the airport, what else is accessible from the station?

The location of the light rail makes this station accessible to the airport but also to the city of SeaTac and people who work near the airport. The station is walking distance to many hotels and businesses.

Learn more about Link light rail to the airport 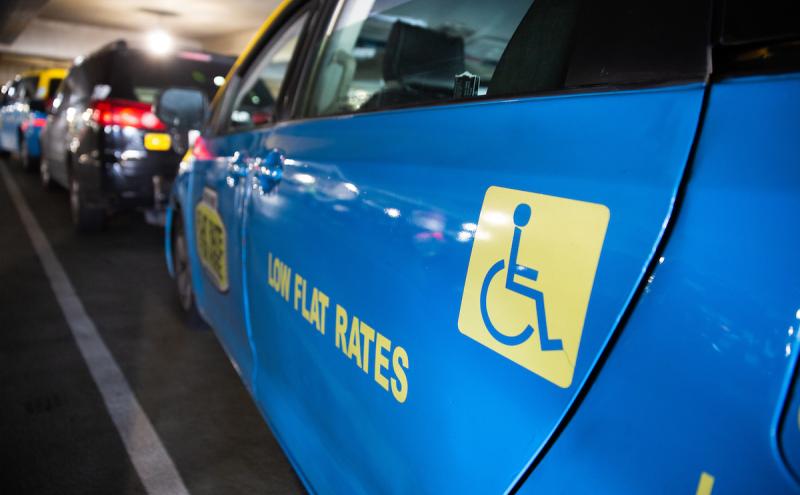 Personal Vehicle Drop-Off Loading areas are marked with blue signs and located along the drives. The curbs along the upper and lower drives at SEA for departures and arrivals are being updated to m...