Espresso in the Morning, Orcas in the Evening 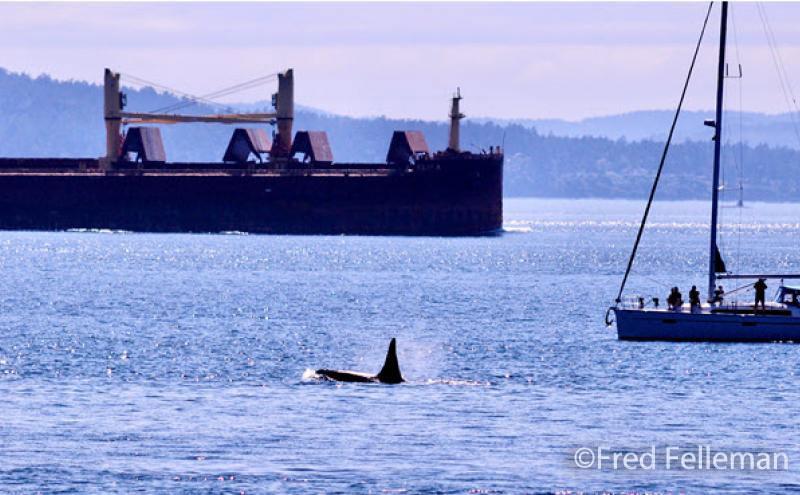 Where else in the world can you drink espresso in the morning and watch orcas in the evening? There’s a delicate — and valued — balance between urban life and nature in our region that we can’t take for granted.

Many of us live in the Puget Sound region because we have the conveniences of an urban area nestled in one of the most beautiful environments in the world. Having magnificent mountains and the sheltered waters of the Salish Sea affords some of the world’s greatest companies a competitive advantage to recruit and retain employees.

Comprised of just 74 individuals, the southern resident community of killer whales, Orcinus orca, (“orca”) is is one of the most endangered species of whales in the world. These whales feed on salmon, especially chinook salmon. The Puget Sound chinook salmon populations are classified as being threatened. And underwater noise is potentially an additional threat to the whales’ recovery.

Orcas breathe air like all mammals, but since they spend most of the time under water, they’ve evolved to use sound to communicate, hunt, navigate, and escape from danger. The potential effects of background noise on these functions comes from a variety of sources that have been well established.

Collectively, the vision of the Port of Seattle and the Northwest Seaport Alliance (NWSA) is to advance projects that both drive the economy and protect the environment.

One of the best recent examples of this synergy was started by borrowing an idea from our neighbors up north.  For the last four years, the Vancouver Fraser Port Authority has been increasing its market share of west coast cargo while participating in voluntary efforts to protect our endangered orcas by working to decrease underwater noise from ships calling on port.

The Port of Seattle has taken a page from their book to collaborate with local, state, federal and tribal government agencies, the maritime industry and whale sighting networks to develop a similar program here called Quiet Sound. This program will help us further our progress towards being a green gateway.

Whales don’t pay attention to national borders — they just follow the fish. From the spring to the fall, orcas tend to stay north along the outer coast and inshore straits between Washington and British Columbia. In the fall they regularly head south to the Puget Sound Region when the chum and fall chinook salmon are returning to their natal streams.  I can’t help but think that the millions of dollars the Port and other partners continue to spend on salmon habitat restoration has played some role.

Developing the Quiet Sound program will further improve the protection of the orcas which will hopefully aid in their recovery. When a vessel enters Canadian waters they benefit from the ship quieting efforts of the Port of Vancouver’s Echo program. Now vessel operators working in Washington waters can help protect orcas in the Puget Sound through our Quiet Sound program.

The Ports’ collaboration with the Puget Sound Pilots, ferry and tugboat captains, the Coast Guard and Marine Exchange, along with a variety of whale sighting networks will be key to the program’s operation.  But there needs to be a far broader network of collaborators from state, federal and private sources to assure there is adequate funding for the program’s long-term success (see below).

The Port of Seattle and the Northwest Seaport Alliance have the mission of establishing our region as a green gateway to the world.

In the past, many of the ways the Port has addressed its environmental impacts have been on the shore side — by curbing storm water runoff, plugging in cruise ships to electric shore power rather than running their diesel engines, and decreasing emissions from trucks that serve container vessels on the docks to name a few. The Quiet Sound Program is a logical extension of these measures after vessels leave the dock.

With the development of this program, we are taking extra precautions to protect a totemic icon of the Sound while providing a high level of customer service. And we will continue to work on efforts such as this to create a competitive advantage for our gateway to attract the type of companies who share these values and know that it is of increasing interest to their customers. And it’s just the right thing to do.

Enhancing ship operators' awareness of whale presence and seeking their voluntary use of the latest noise reduction  practices, while not inadvertently impacting trade or safety, requires a high degree of collaboration. To achieve these goals the Quiet Sound program has assembled a dream team with the breadth and depth of expertise that includes:

Through the Quiet Sound Program, we are making progress to protect our iconic orca and other whale species while creating diverse opportunities for maritime jobs.  In so doing we are able to deepen regional communication and collaboration with our partners in government, the maritime industry and NGOs on behalf of our ultimate client — the public and our region’s greatest liquid asset — Puget Sound.

These efforts have earned the Port of Seattle the 2020 Washington Public Ports Association Environmental Stewardship Award to be presented at their Annual Meeting in December. I take a great deal of personal pride that our staff’s dedication has been so recognized.

Related to Espresso in the Morning, Orcas in the Evening 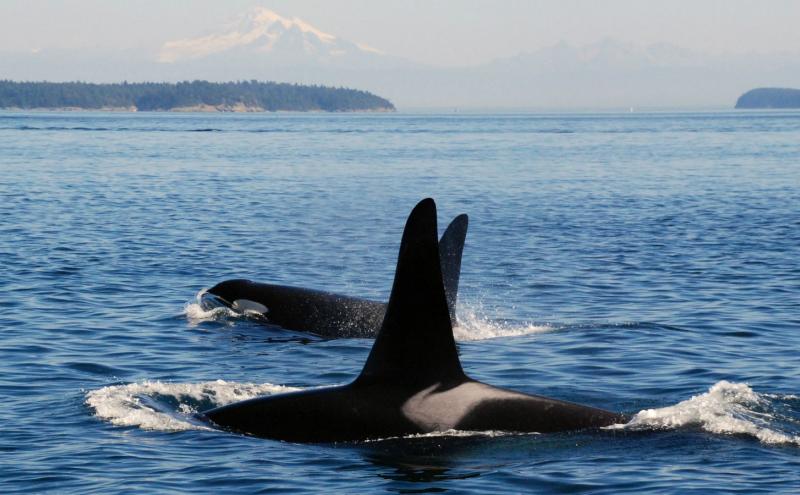