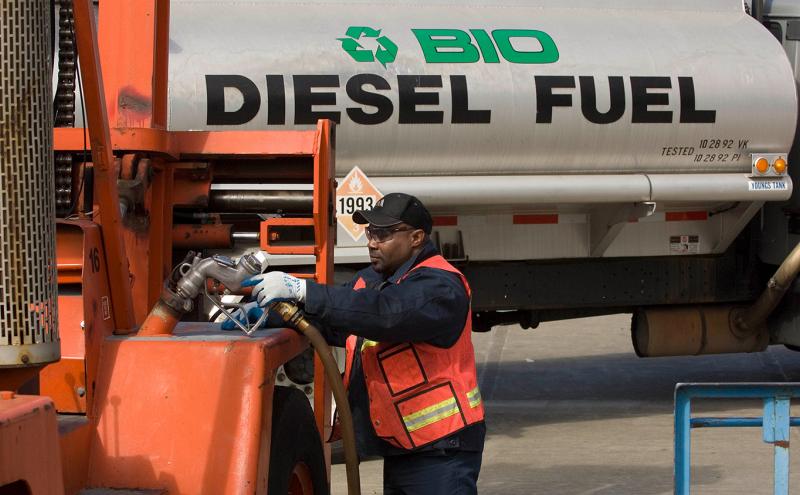 This op-ed originally appeared in Crosscut

There is irrefutable urgency for widespread action to reduce carbon emissions. The impacts of climate change are increasingly apparent — from floods to forest fires to rapidly declining marine life. In the absence of leadership from the federal administration, it is critical that state and local governments tackle this existential challenge.

Confronting climate change and accelerating the transition to a clean energy economy are top priorities for the King County-Cities Climate Collaboration (K4C). The K4C is a coalition of local governments — King County, 16 cities and the Port of Seattle — representing nearly 1.6 million residents, or 80 percent of King County’s population. K4C partners are working together to achieve their shared goal of reducing countywide greenhouse gas emissions by at least 50 percent by 2030 and 80 percent by 2050 through economy-wide policies and actions.

However, the transportation sector makes up 32 percent of the greenhouse gas emissions in King County and 45 percent in the state. Heavy-duty trucks, ships, and planes remain the most challenging modalities to electrify. In the meantime, we can make progress by providing lower carbon fuel sources to power these essential parts of our economy. To do that, we must create incentives to increase the supply and use of renewable fuels, including renewable diesel, renewable natural gas, and sustainable aviation fuels.

Washington’s deep, protected harbors, as well as proximity to Alaska and markets along the Pacific Rim have afforded us natural advantages in trade and travel. Our economy and quality of life are woven into the ecological and cultural fabric of the region.

Increasing access to sustainably produced, cleaner fuels will reduce the environmental impact of trade and travel on our health, environment, and climate. It is time that Washington had a clean fuel standard consistent with those already established in Oregon and California. The standards in our neighboring states have created incentives both to use cleaner, less emitting fuels and to rely on jobs to support their production and the transition to transportation electrification.

The experience of our neighboring West Coast states clearly demonstrates that clean fuel standard policies reduce greenhouse gas emissions and air pollution, while also creating jobs. California has displaced more than 15 billion gallons of petroleum fuel since enacting its standard in 2011, and more than 30 new biorefinery projects have been announced to serve that market. Oregon has eliminated more than 1.7 million tons of carbon dioxide since 2016.

Importantly, data from the U.S. Energy Information Administration confirms that gas prices in Los Angeles are 45 cents lower today than the average price per gallon in 2011, when the clean fuel Standard was introduced. According to the Energy Information Administration, the cost of a gallon of gasoline is determined primarily by the cost to purchase, transport and refine crude oil — a global commodity subject to price swings beyond our control.

The Port of Seattle Commission has set aggressive goals for reducing the carbon emissions associated with our operations and facilities. Central to those goals is transitioning 10 percent of the fuels used at Seattle-Tacoma International. Airport to those derived from sustainable sources by 2028. In addition to reducing greenhouse gas emissions, renewable fuels significantly reduce particulates and other pollutants from all forms of transportation. Studies have shown that these alternative fuels can reduce particulate and sulfur emissions as much as 80 percent. This can improve air quality in some of our airport communities most burdened by air pollution.

King County has long operated a carbon-neutral fleet with its trolley buses, which are powered by Seattle City Light electricity. And we are leading the way to a zero-emission transit fleet with our transition to a battery-electric bus fleet by 2035. During this transition, we are blending biofuels into the fuels for our bus and water taxi fleet.

We are testing the use of electric vehicles for our Vanpool fleet and installing chargers in our garages to support the growing number of electric vehicles that help us provide essential county services. We’re planning to install chargers at Park and Rides and at county parks so that drivers have more options, and can travel farther.

King County produces biomethane at the Cedar Hills Regional Landfill and at the South Wastewater Treatment Plant. Some of this biomethane is used for transportation fuel now, and the county has a strong interest in supplying more regional transportation needs with this renewable, clean energy source.

Now is the time for our state to help make these efforts even more sustainable by creating a clean fuel standard that will drive innovation while driving down carbon emissions and costs.

A statewide clean fuel standard will reduce impacts on our climate, environment, and communities while supporting broad-based economic activity and jobs of the future. While House Bill 1110 — legislation that would establish a low carbon fuel standard — did not make it out of the Senate Transportation Committee, it is still considered essential to passage of the state budget. Therefore, while the Legislature needs to address the near term threat of coronavirus, we call on them to protect our long-term needs, too.