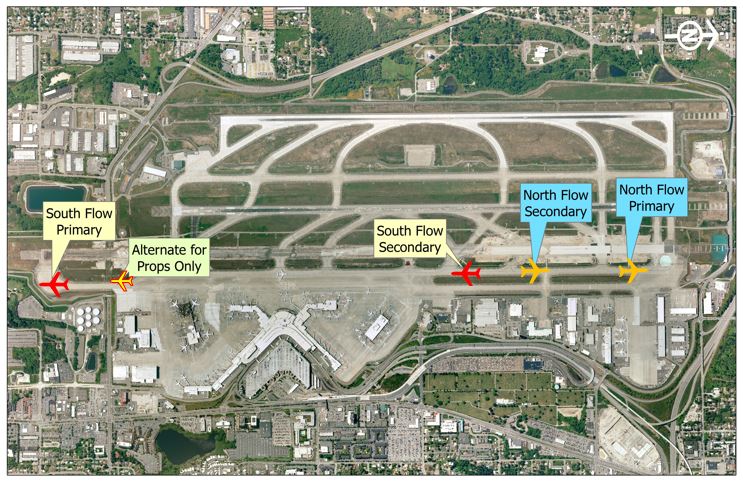 One of the concerns of residents living near SEA Airport is noise caused by engine maintenance run-ups.

Once there, the aircraft will park and the engine is allowed to be brought up to a higher power setting to test for proper performance. At all times, the aircraft is positioned to assure that the jet-blast from the back of the engine is directed into the airfield, rather than toward an adjacent community.

The Port of Seattle has established a period that restricts engine run-ups from 10:00 p.m. to 7:00 a.m. If absolutely necessary, run-ups may be conducted during these hours with the airport’s permission and may not exceed two minutes in duration. Aircraft operators may conduct longer run-ups from 6:00 a.m. to 7:00 a.m. only if the aircraft is scheduled for a flight that departs between the hours of 7:00 a.m. to 8:30 a.m. and has the airport’s permission. As outlined in the Port of Seattle Rules & Regulations, Section 7, Part D (page 46). 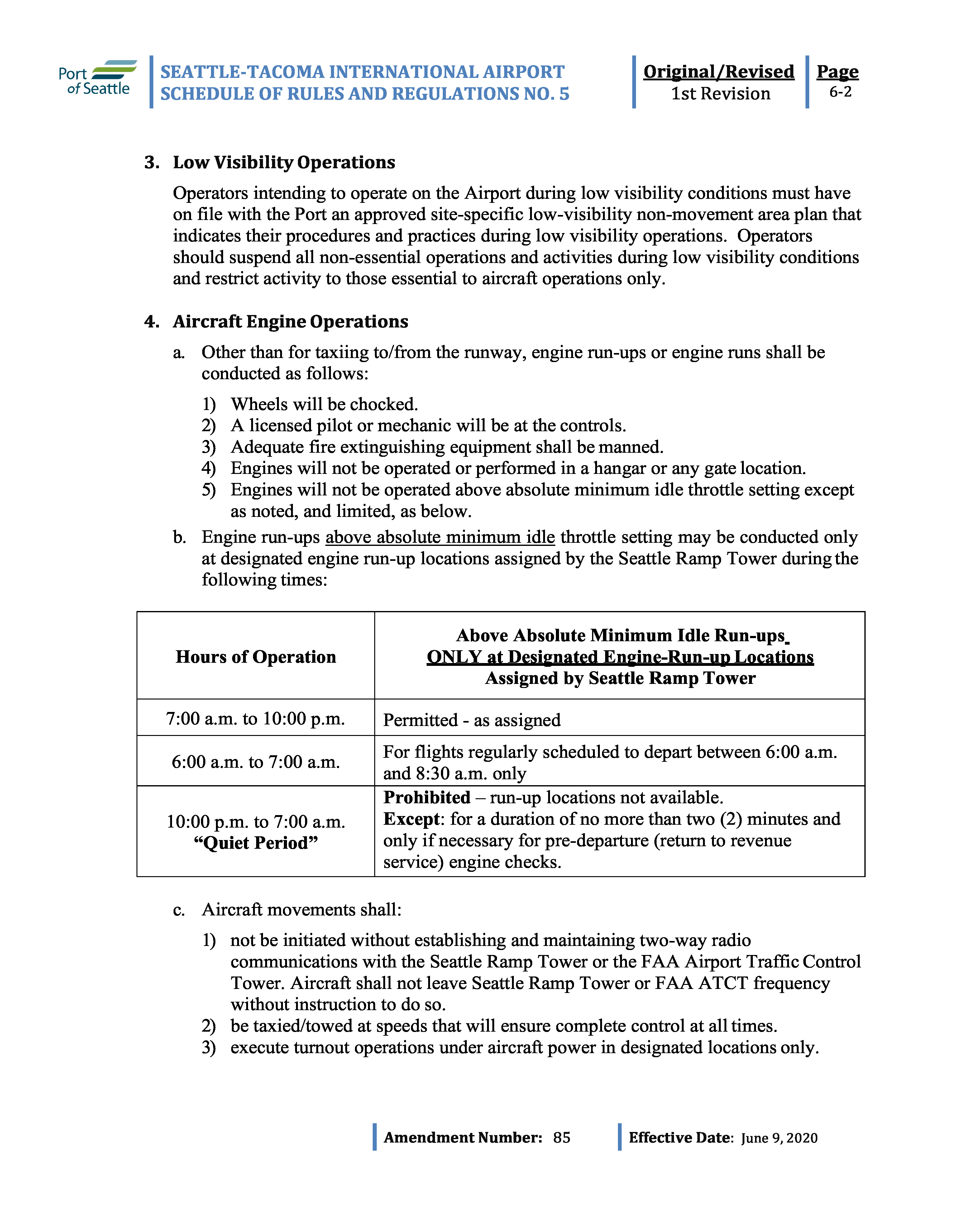 Violations to these time restrictions will result in the following tariffs being applied to the aircraft operator: 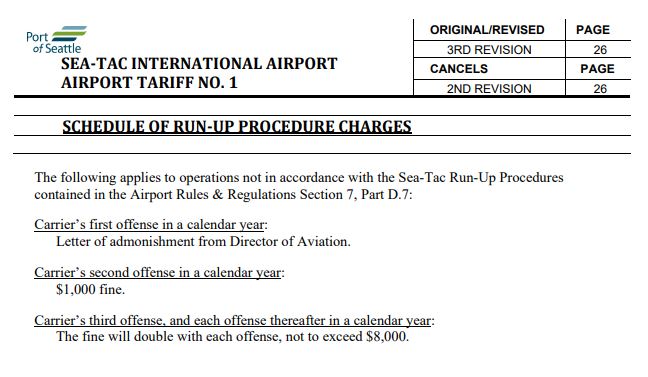