Noise abatement flight procedures for jet aircraft are specific flight headings and altitudes designed to minimize noise over surrounding communities. The FAA, in cooperation with the SEA Airport and local communities, established the procedures to take advantage of existing geographical and compatible land use conditions wherever possible.

Departing jet aircraft are confined to a narrow corridor and can initiate a turn once they reach 5 nautical miles and at least 3,000 feet in altitude. 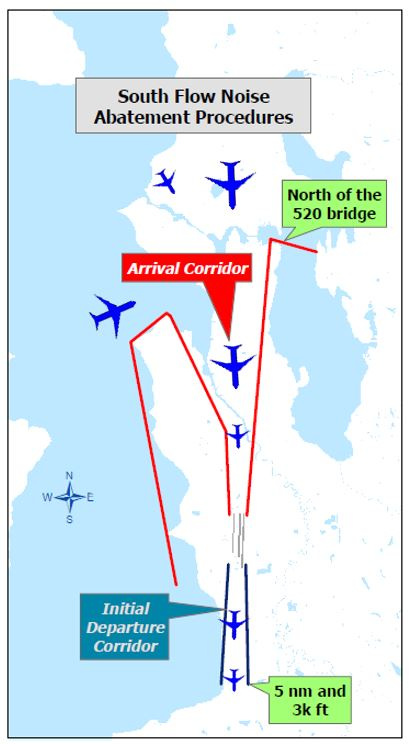 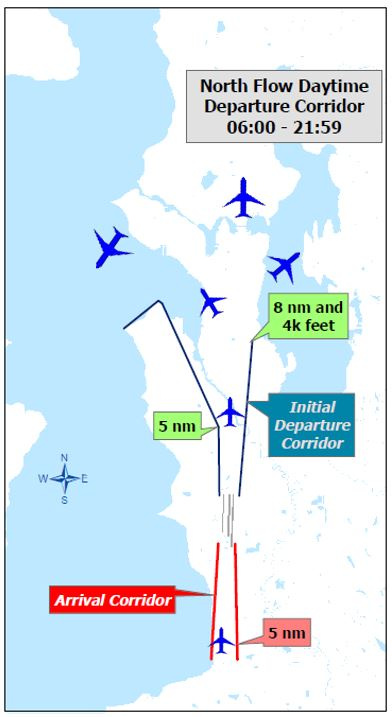 Departing jet aircraft are confined to a narrow corridor and can turn east once they reach 8 nautical miles and at least 4,000 feet in altitude. Jet aircraft turning to the west must continue north over the Duwamish industrial area before initiating their turns. 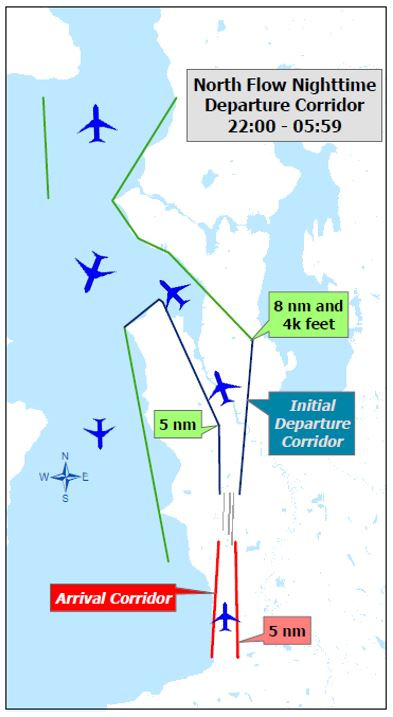 Departing jet aircraft are confined to a narrow corridor and should not turn to the east. Instead, all aircraft turn to the west and continue north over the Duwamish industrial area and Elliot Bay before initiating turns towards their final destinations.

Once through the North Flow Departures corridor, jet aircraft are then vectored toward their final destinations while over Puget Sound. Aircraft turning east must reach an altitude of at least 10,000 feet before re-crossing the shoreline.

Winds from the south 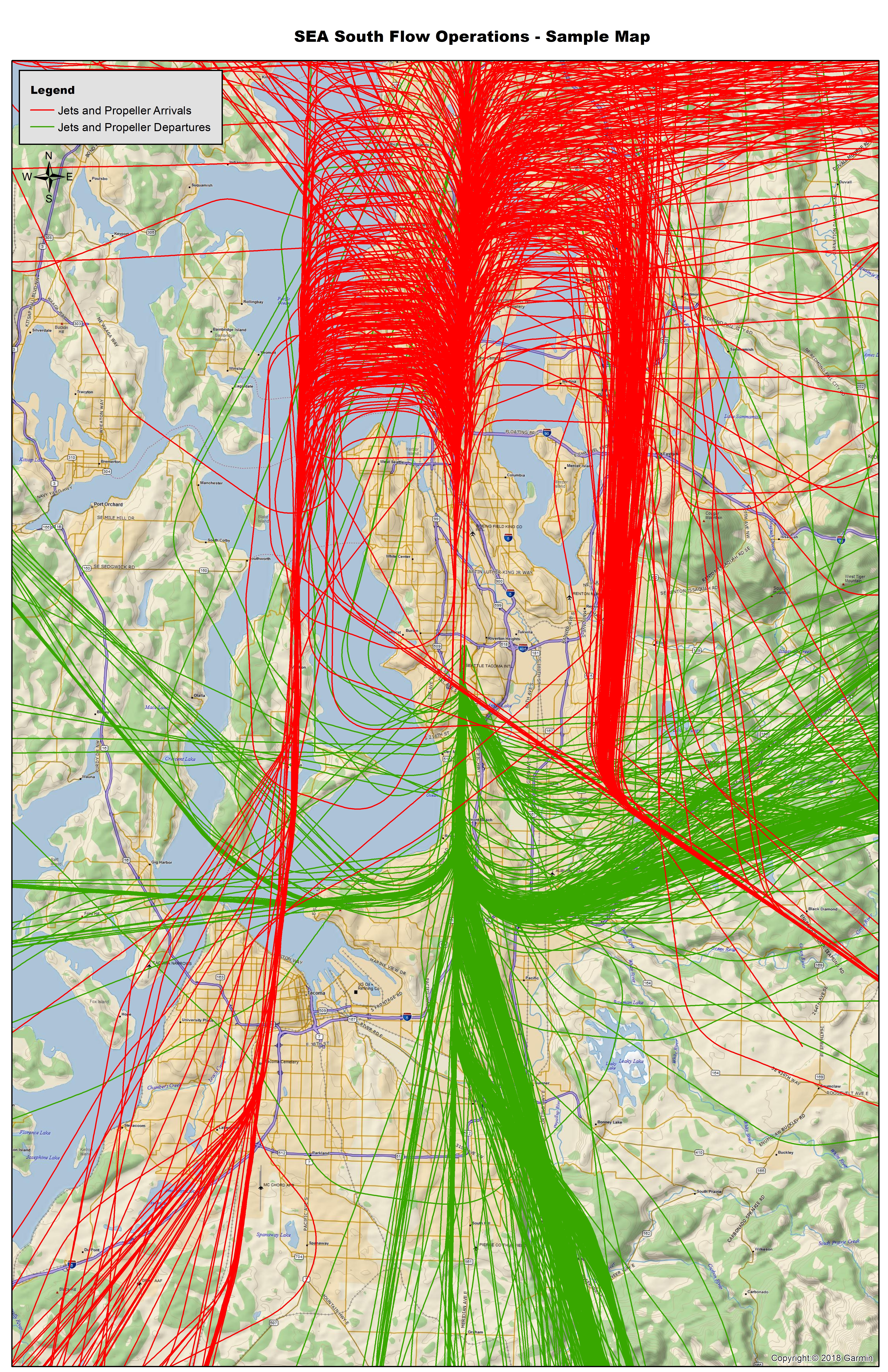 Winds from the north

When winds are from the north, aircraft will depart the airport in a northerly direction and arriving aircraft will approach from the south. This operation occurs most commonly during the warmer, sunnier periods of the year. 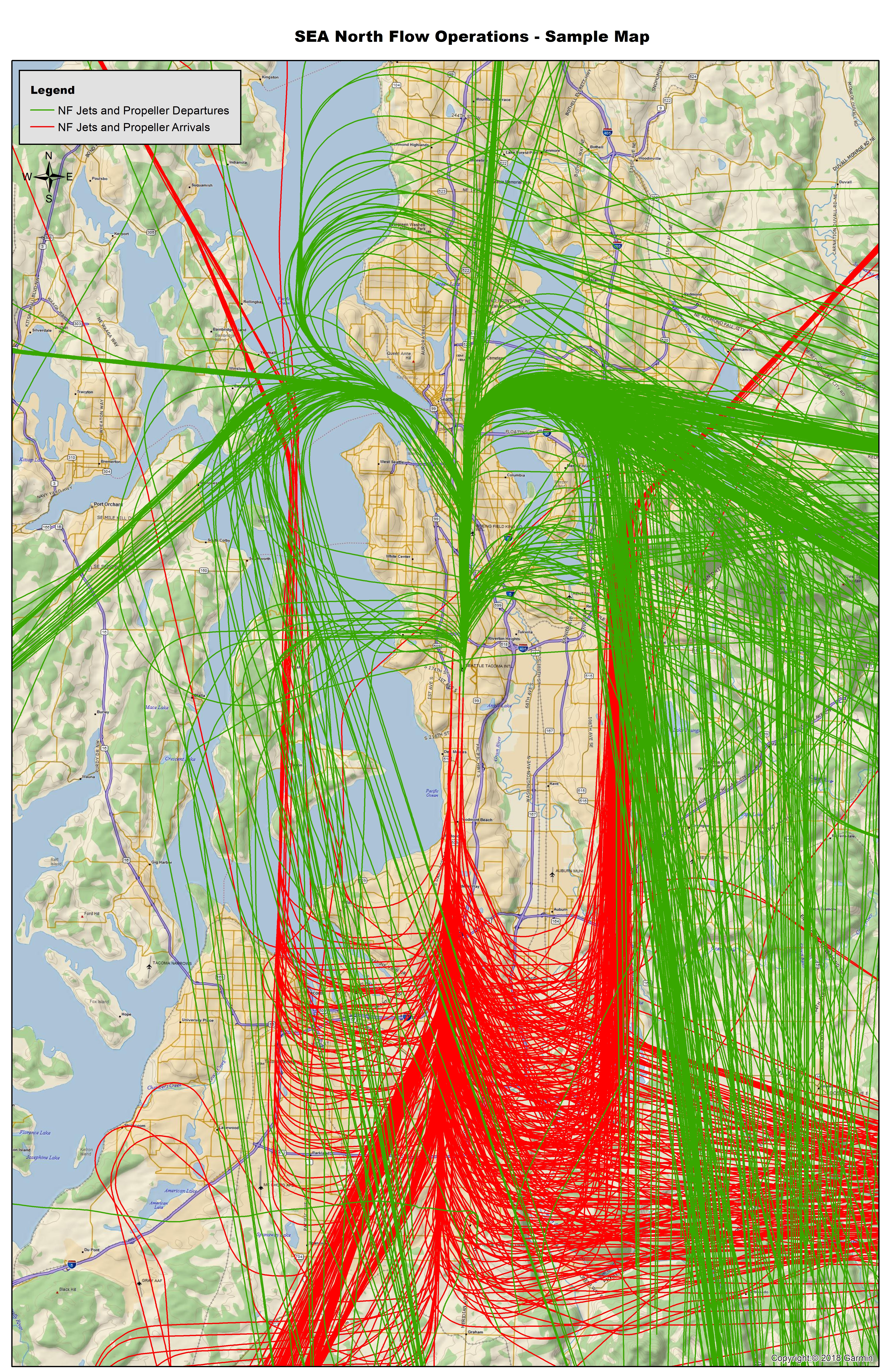