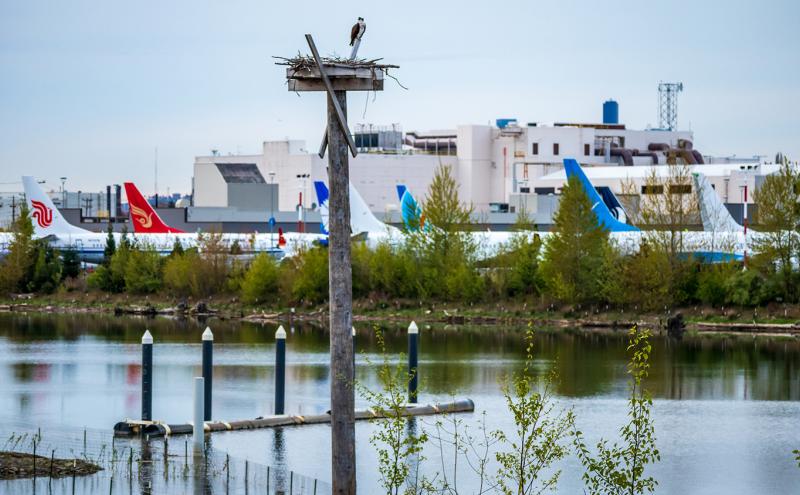 As part of your personal commitment to protecting the environment, have you ever purchased credits from programs like The Good Traveler to offset the carbon emissions of your flight? Mitigation banks offer a similar service by generating habitat restoration credits that can be purchased offset environmental damages.

As a committed steward of the region’s public resources and the environment, the Port of Seattle is launching a new multi-site mitigation bank program that will restore acres of nearshore and wetland habitat in the Green-Duwamish River, an area critical to our region’s salmon recovery goals. Through this self-sustaining model, the Port will sell environmental credits to landowners and developers with the ultimate goal of reinvesting a portion of the revenue to fund new habitat projects.

The Port’s first project that will generate credits in the bank is the Duwamish River People’s Park and Shoreline Habitat, opening in 2022. 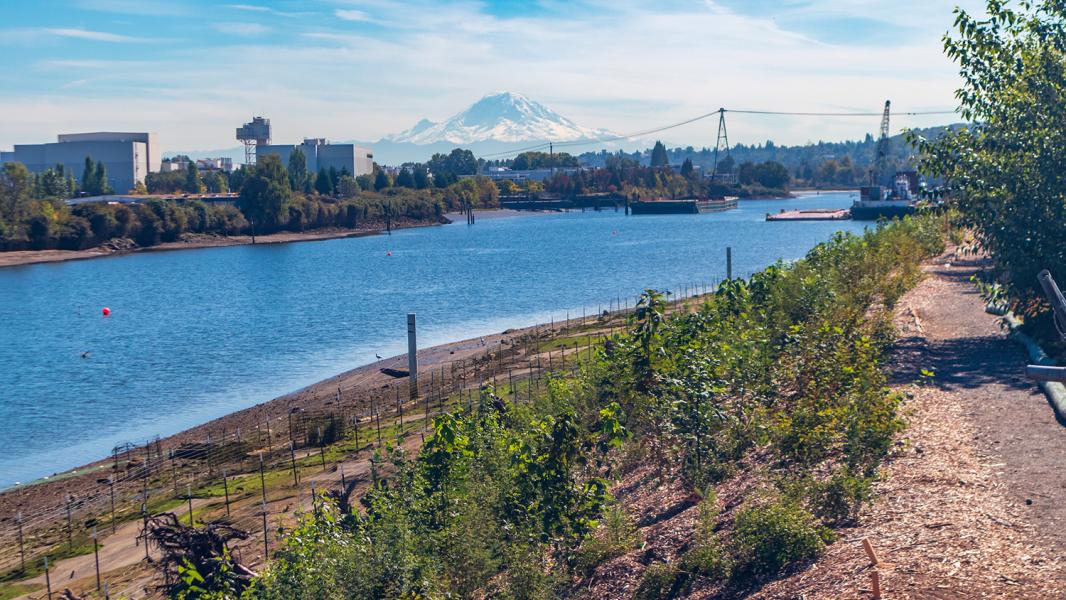 What is a mitigation bank?

Mitigation banks can consist of one large habitat restoration site or a group of smaller sites that generate a ledger of credits that landowners or developers can purchase to offset damage to the environment caused by their projects. Commercial operations can impact wetlands, fish and wildlife habitat, streams, and other valued parts of our ecosystem. Mitigation banks are an important sustainability tool that allow these projects to move forward by creating or restoring habitat to offset environmental impacts.

How does mitigation banking work?

Mitigation banking is the process of identifying a site that presents an opportunity for preservation, restoration, or habitat creation and working with regulatory agencies, like the U.S. Army Corps of Engineers, the Washington State Department of Ecology, and National Oceanic and Atmospheric Administration (NOAA) Fisheries, to review the bank and determine the amount and type of credits it will generate.

Mitigation banks often have a specific restoration purpose and type of credit that is generated. For example:

A bank can fall into one of these categories, or it can be approved as a joint wetland and conservation bank, like the Port’s program, with the ability to generate all three types of credits.

Why is the Port developing a mitigation bank in the Green-Duwamish watershed?

As Seattle’s only river, the Duwamish River is historically and culturally significant. It runs through communities at the heart of the Duwamish Valley, is home to diverse fish and wildlife species, and supports Tribal, recreational, and commercial fisheries. It’s also the center of port and industrial activity in our region, which has contributed to its environmental degradation over time.

As a major landowner in this area, the Port has the opportunity to implement and sustain habitat projects in the Green-Duwamish River. To that end, the Port is in the process of establishing a multi-site wetland mitigation and habitat conservation bank that will restore critical habitat, enhance ecological function, and support sustainable growth and development.

When will the Port’s mitigation bank be complete?

The Duwamish River People’s Park and Shoreline Habitat (formerly known as Terminal 117) is the first habitat project built as part of the Port’s mitigation bank and will generate over 500 NRD credits, half of which will be sold starting mid-2022. This project is restoring 14 acres of estuarine habitat along nearly half a mile of Duwamish River shoreline. The restoration creates valuable habitat in the marine-freshwater transition zone, enhancing a high priority migratory corridor for Chinook salmon where they can seek refuge before navigating into Puget Sound.

In the near future, two additional sites will be added to the bank that will create wetland habitat and generate additional credits.

What are the benefits of the Port’s mitigation bank?

The Duwamish River People’s Park and Shoreline Habitat is the largest restoration project on the Duwamish River, which will benefit fish and wildlife for years to come. It also represents a long-term commitment by the Port to steward the Lower Duwamish River. Restoring sites like this one aligns with the Port’s ongoing Duwamish Valley Community Commitment to collaborate with the South Park and Georgetown neighborhoods to promote healthy communities and environments by creating river access, greenspace, and recreational opportunities. The habitat site serves as a learning lab for youth to engage in local environmental stewardship, ultimately building valuable skills for careers in the environmental field.

The Port’s goal is to reinvest a portion of the revenue generated through mitigation credit sales into Port habitat projects in Elliott Bay and the Green-Duwamish River to create a self-sustaining restoration program that results in continual improvements to wetlands and critical habitat.

How will the Port use the bank to accomplish sustainability goals?

The Port’s Century Agenda outlines strategic objectives to become the greenest and most energy-efficient port in North America. One of the key goals is to restore, create, and enhance 40 additional acres of Green-Duwamish habitat. With the creation of the Duwamish River People’s Park and subsequent restoration sites, the Port is making progress towards this ambitious goal. Reinvesting revenue from credit sales allows the Port to advance sustainability initiatives and form new partnerships with environmental leaders. 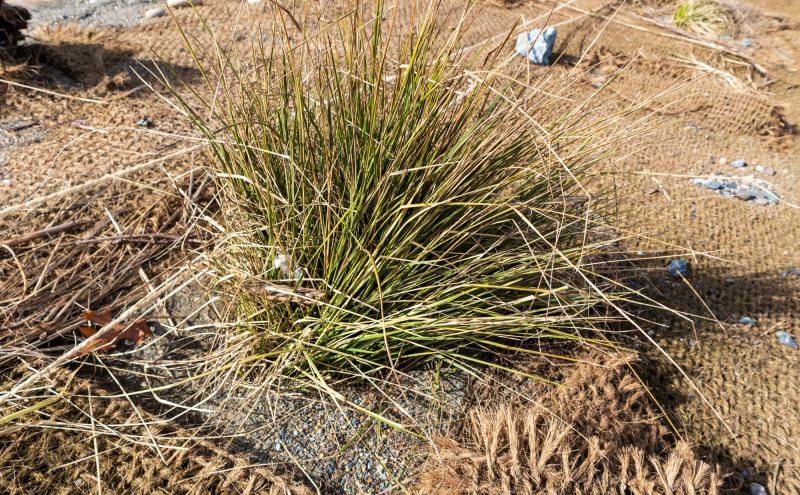 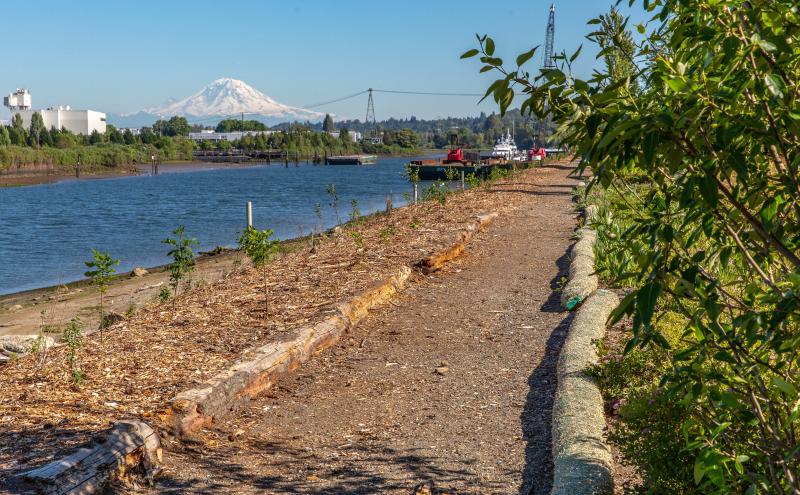 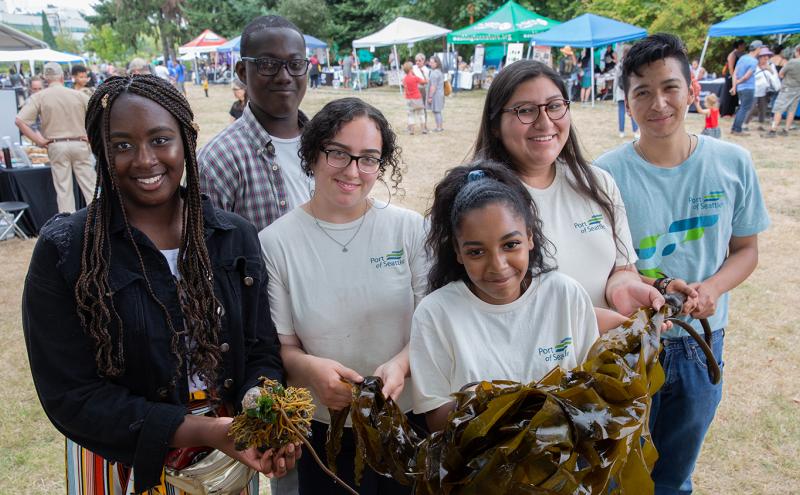 Port of Seattle Expands Equity Program in the Duwamish Valley 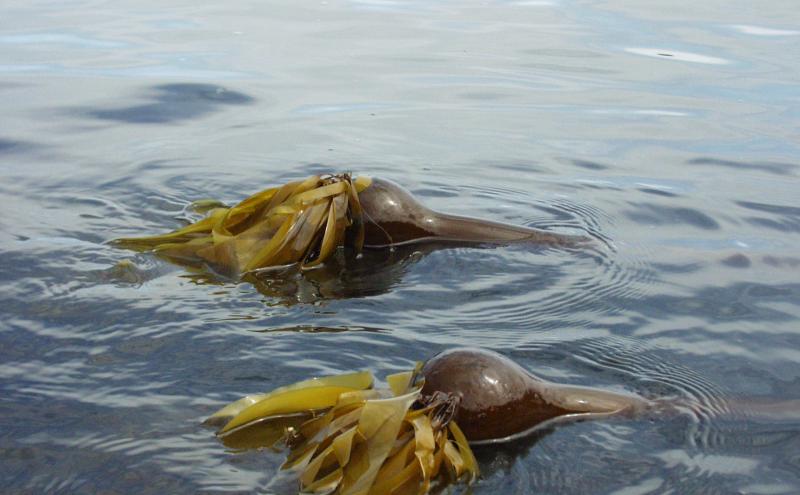 By Katie Byrnes, Washington Sea Grant Hershman Fellow With 22 native species, Washington state has one of the most diverse populations of kelp in the world. Bull kelp is the primary canopy forming ...