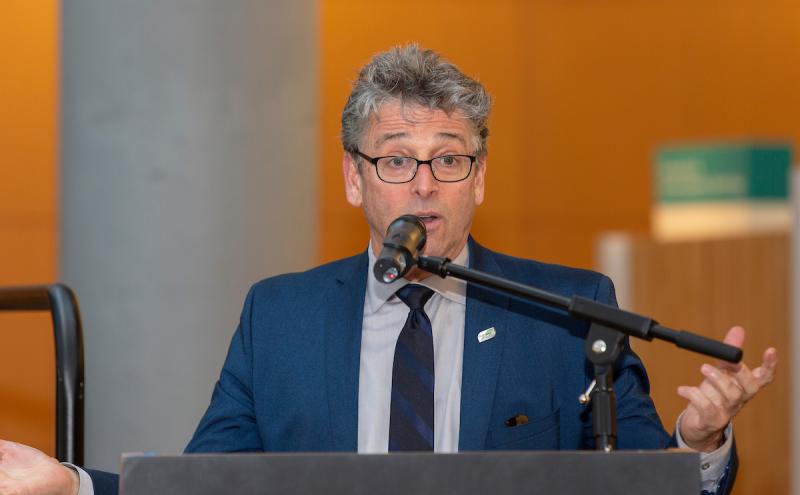 This week, Governor Inslee signed HB 1512 into law, giving public utilities greater authority to engage in efforts to promote transportation electrification. This bill has been a Port of Seattle and Northwest Seaport Alliance priority since 2016, as it ties directly to goals to implement shore-power and the electrification of cargo handling equipment at container facilities.

The Port of Seattle Commission made reducing the carbon emissions associated with its facilities a central priority, since the 2012 passage of its Century Agenda. We have since ratcheted down the goals further. During my tenure on the Commission we have aligned our greenhouse gas targets with those of the city and county; halving by 2030 and neutral or negative by 2050. We also created an interim goal of 15% reductions by 2020 from our 2005 baseline. We are committed to electrifying Terminal 5 and are actively exploring electrification for our cruise terminal at Bell Harbor Pier 66 downtown and for the new terminal at Pier 46 near the stadium.

Achieving this goal will require collaboration with our utility partners Seattle City Light, and that led to the joint advocacy effort that finally saw HB 1512 reach the Governor’s desk. Representative Jake Fey, the Tacoma Democrat who currently chairs the House Transportation Committee, led this effort in the House side, where the bill passed by a margin of 64-33-1. Meanwhile, in the Senate, the leadership of Senator Guy Palumbo (D-1st LD, Maltby, Bothell), who included the utility electrification provisions in a broader electric transportation bill, was essential in leading to passage through that chamber.

The Port will continue its environmental sustainability efforts and is glad to enjoy the partnership of strong community advocates, forward-looking legislative leaders, and progressive local government partners.

Thanks to our Public Servants