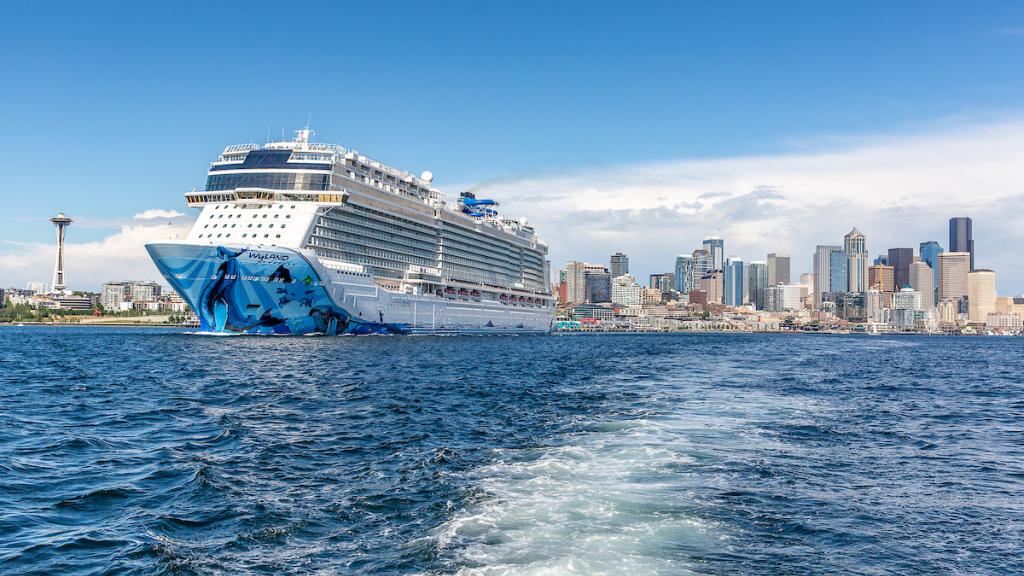 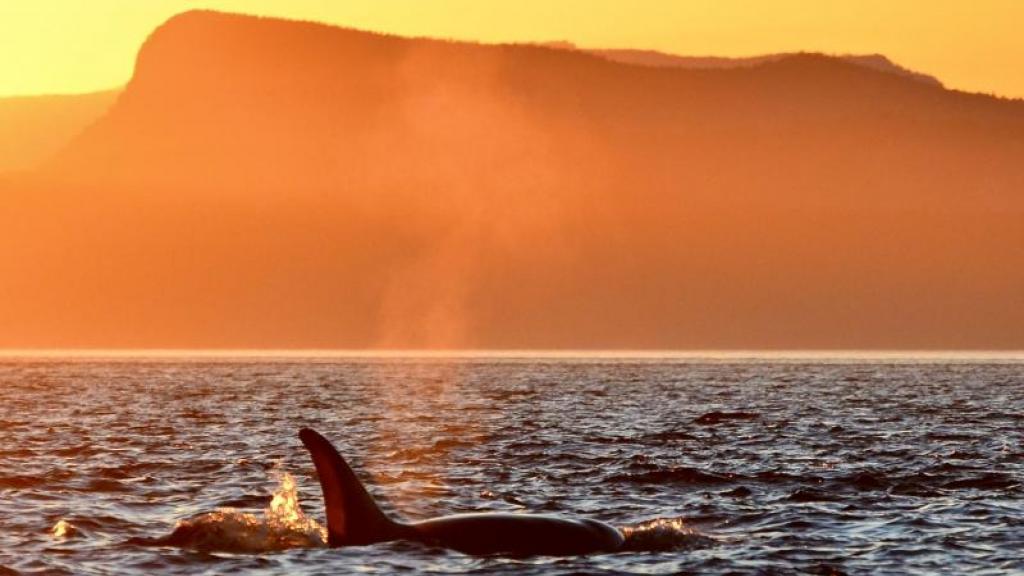 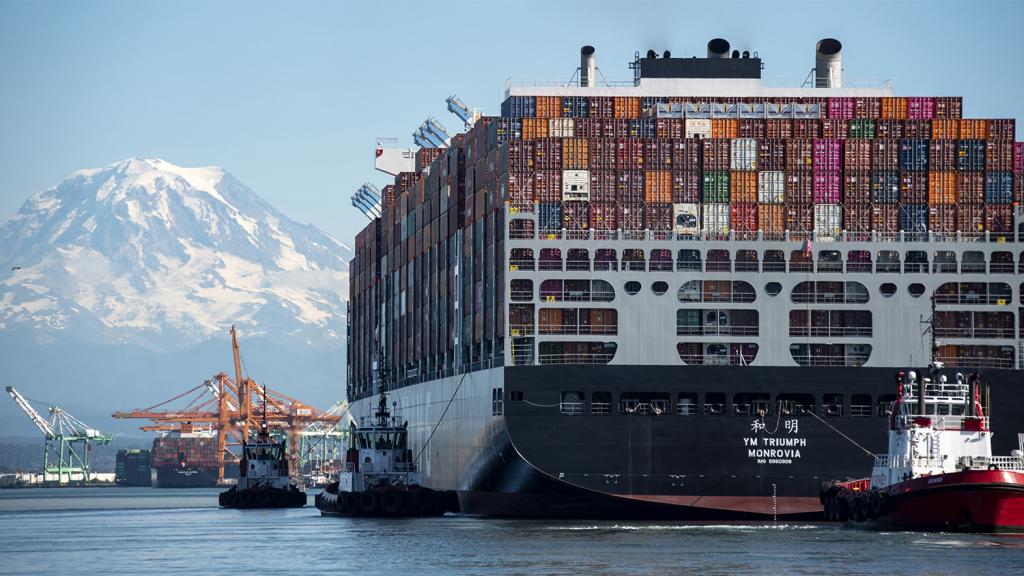 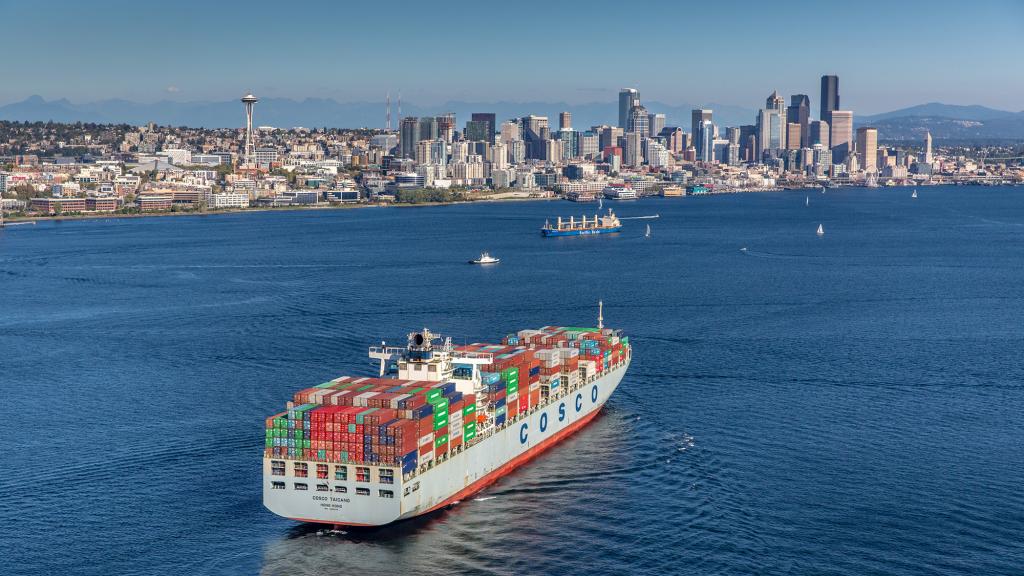 Northwest Ports of Vancouver, BC, Seattle and Tacoma Aim to Phase Out Maritime Emissions by 2050

The Port of Seattle understands that energy efficiency is critical to reducing our footprint, lowering emissions, and lowering costs. Efficiency projects at our maritime and aviation facilities have resulted in reductions of millions of kWh of electricity and therms of natural gas use.

Pier 69 (the Port's headquarters building) and all of Port properties are good examples of the Port’s commitment to revitalizing Seattle’s working waterfront and leading the way in environmental stewardship. Facilities Management initiated an energy conservation program in late 2000. While the focus has been primarily on the optimization of existing systems rather than capital improvements, the results of the program have been dramatic: 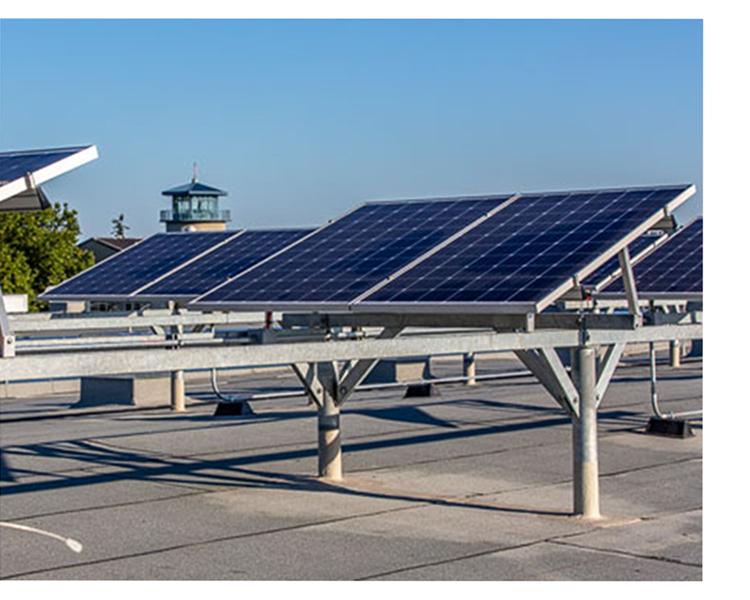 The Port completed the installation of two solar arrays on Port properties in April 2019. The first was a pilot project on one of the net sheds at Fishermen’s Terminal, and the second is the rooftop of Pier 69, the Port headquarters building.

These projects demonstrate the Port’s commitment to developing renewable energy sources and another step towards achieving the Port’s Century Agenda Goal to meet all increased energy needs through conservation and renewable sources. These projects are moving the Port closer to its goal to reduce greenhouse gas emissions 15 percent by 2020, 50 percent by 2030, and be carbon neutral or negative by 2050 compared with 2005.

Along Terminal 46, the 630 older flood lamp fixtures have been replaced with 300 energy-efficient high-pressure sodium vapor lamps. The high-mast, fully shielded lamps comply with International Dark-Sky Association guidelines that permit the use of outdoor light for safety and security while reducing the negative effects of night lighting. 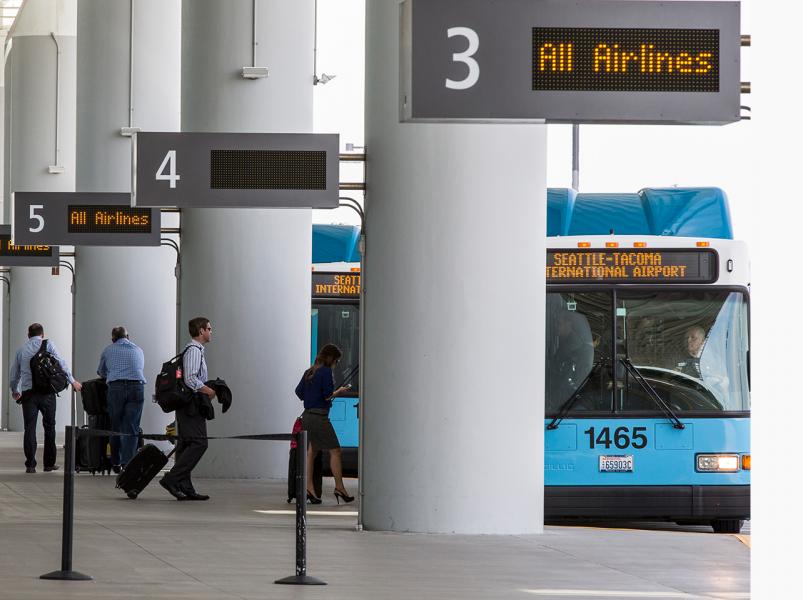 The airport’s terminal, cargo, and parking facilities have all undergone energy efficiency improvements.  These range from LED lighting projects to re-engineering of heating and cooling systems. These projects include: