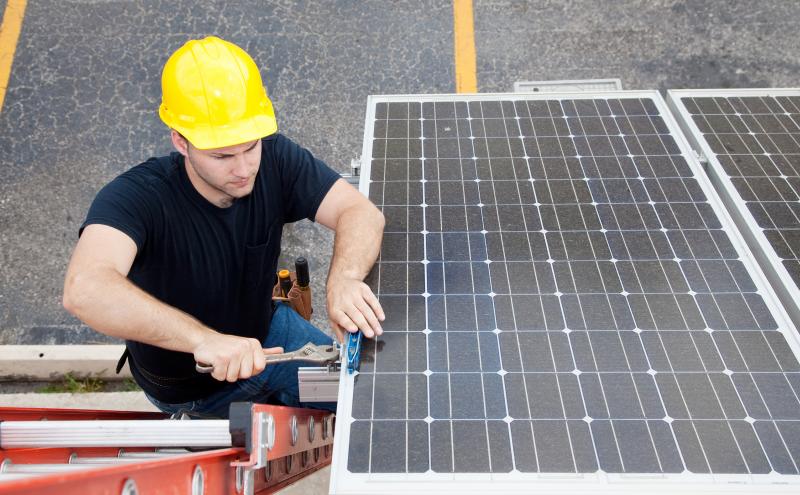 SEATTLE – The Port of Seattle Commission today approved funding for design of the Port’s first-ever solar demonstration project. The project at Fishermen’s Terminal is included as part of a routine replacement of net-shed roofs. The net-sheds house the fishing nets and gear for the North Pacific Fishing Fleet.

Solar power has sparked the interest of Commissioners who, this year, convened the Energy and Sustainability Committee to guide the Port’s policies related to reducing greenhouse gas emissions and increasing energy efficiency.

“As we explore innovative policies to guide the reduction of our carbon footprint, I am encouraged that this demonstration project could lead the way for additional solar project opportunities at the Port in the future,” said Port Commissioner Fred Felleman.

Planners estimate that the net-shed solar panels could produce 11,000 kilowatts of electricity per year, reducing carbon emissions by 279 pounds in the first year. The project could be in place by the end of 2017. The demonstration project will be designed to help the Port gain in-house knowledge about the benefits and challenges of solar projects, including installation, operation, and maintenance. The design will also include public education components for visitors to visualize the benefits of solar power.

Engineers are also looking at the feasibility of installing solar panels at Pier 69, the Port of Seattle headquarters on the Seattle Waterfront, as well as other Port properties. The potential exists to offset carbon emissions by hundreds of thousands of pounds per year, reducing greenhouse gases that lead to climate change.

Founded in 1911, the Port owns and operates Seattle-Tacoma International Airport, two cruise ship terminals, Fishermen's Terminal — home of the North Pacific Fishing Fleet, one grain terminal, a public cargo terminal, four public marinas, and manages a number of real estate assets for financial return and economic advantage. The port’s operations currently help create nearly 200,000 jobs and $7 billion in wages throughout the region. Over the next 25 years, the port’s “Century Agenda” seeks to create an additional 100,000 jobs through economic growth while becoming the nation’s leading green and energy-efficient port. Learn more at www.portseattle.org.