Women In The Fire Service 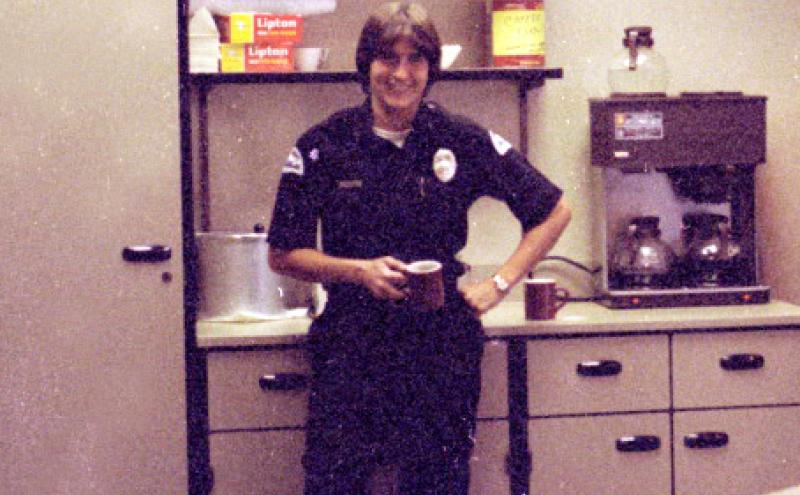 Port of Seattle Fire Department has a long history of women in the fire service.

In most male dominated occupations, there have always been a few women who break through the barrier anyway. Firefighting is no exception. Even though the vocation dates back to Ancient Rome, there is a ton of written evidence of women in the fire service since. The invention of photography showed us the faces of some of these daring women.

Lillie Hitchcock Coit ran with San Francisco’s Knickerbocker No. 5 in the 1860’s. During World War I, women took up the call and filled the spots vacated by the men who went to war. Women’s involvement in the fire service just continued to grow. Many women joined volunteer fire services during WWII as well. By the 1960’s, women were volunteering alongside men in departments across the country.

However, it would be 1973 before a woman would be able to make the fire service their career and be hired on as paid firefighter. In 1977 Bellevue hired the first woman in Washington State, Jeanette Woldseth.

Port of Seattle Fire Department hired the third female to be a paid firefighter in Washington State. Bev Abbe (pictured at top of page) was hired in 1980 with the largest new hire recruitment at that time. She forged a pathway within our department for many women to come. Bev became the first female commissioned officer, served in our prevention division, and retired a strong mentor and leader among the ranks.

More and more women became valuable members of the Port of Seattle Fire Department. Firefighter Helen Ray says, “I cannot think of a better job than to be a Firefighter, I am so thankful that I was given this opportunity 36 years ago.  I cannot tell you how great it has been to be part of a profession that people look up to you and are always happy to see you.”

She states as a woman in a male dominated field she’s “glad I landed at the Port of Seattle, and has always been a very diverse organization that appreciates that greatness is achieved through diversity of ideas, cultures, physical abilities and all things that are not the same.”

Battalion Chief Stephanie McGinnis is also passionate about her career and helping the next generation of women to succeed. She shared, “Growing up I never dreamed of a career in the fire service.  It was just never on my radar that it was something I could do.  A firefighter friend of mine told me he thought I would be good at it and suggested I start by volunteering.  My first time getting up into the back of our open-air rear cab fire engine and I was hooked!  I still remember that feeling today.  After that, as far as seeing it as a career, I knew that it was a future that would force me to stay in shape for the rest of my career, challenge me, and I loved that each day was never the same - and that you never knew who was going to call you for help.”

Each of the unique women in the department have their own story, their own motivation for doing what they do. A common denominator is a desire to help other people. Firefighter Ray sums it up by saying, "I love the public service aspect of being a firefighter, helping the public.  Being at the airport we see transient people who are away from their homes so it is very satisfying to be the people who can help with their needs.  The fire service is probably 70% medical aid, this has always been my favorite aspect of the job."

Firefighting is a career that is hard work, is physically demanding, and can involve very long hours. However, because most shifts are 24-hours, it also offers a unique opportunity for family and free time. Not surprisingly, some of that time is often spent with fellow firefighters. It's often referred to as a "brotherhood" but it extends to men and women alike. As Battalion Chief McGinnis puts it, "In the past 25 years I have hundreds of big brothers from the fire service."

This family atmosphere has even inspired the daughter of Battalion Chief McGinnis to follow in her mother's footsteps. After growing up around the station, around these people, she pursued a firefighting career and now works for Renton Fire Department.

When asked about their work, two things never came up. No one mentioned the bravery it takes to be the one moving towards the fire while everyone else is running away. Nor did anyone bring up the sorrow of dealing with patients that they know may not survive. That's who these people are, though. They do their job and they focus on the parts they love.

Currently, Port of Seattle has twelve uniformed female firefighters/officers. Five other women have retired from the department after long careers.