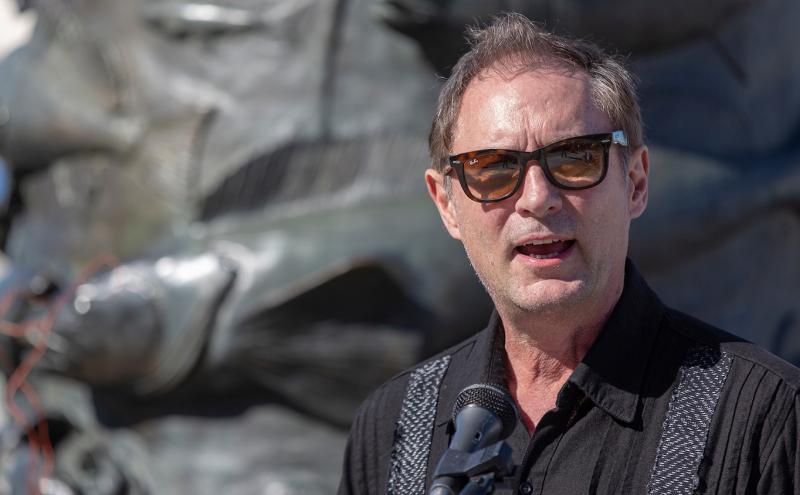 Editor’s note: Port Commissioner Peter Steinbrueck participated in the Annual Blessing of the Fleet at Fishermen’s Terminal on March 17.  This ceremony thanks the commercial fishing community and conveys hope for safety and prosperity before they leave Puget Sound for Alaskan waters.

Ninety-one years ago a tradition started that continues to this day. Every year, not long before many of the vessels moored at Fishermen’s Terminal venture from port for the fishing season, the community takes a moment to gather together and wish the fleet a safe and bountiful catch.

This event has a personal meaning for me not only as a Port Commissioner who oversees operations of the homeport of the North Pacific fishing fleet, but also as a member of a fishing family. 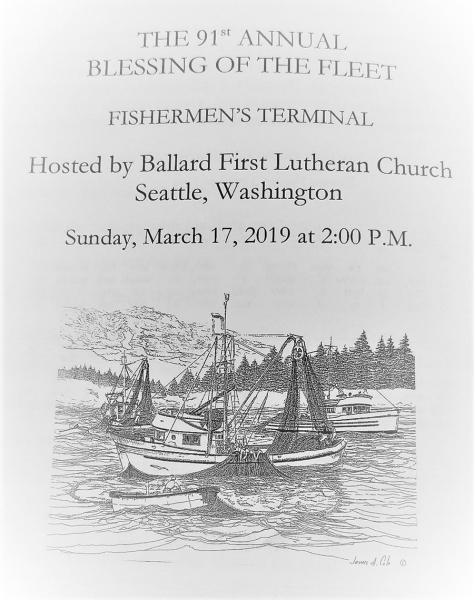 A well-protected habitat, sustainable catch, and strong consumer demand keep our North Pacific fishing fleet and seafood industry thriving. In fact, fishing and processing activities at our Port facilities generate over 16,000 jobs and $1.3 billion in payroll for the region. In fact, 40 percent of the nation’s seafood passes through Seattle from Alaska.

Port maritime staff are central to all this economic impact and rarely get the recognition they deserve. I would like to thank these people for their hard work:

Though I was never a commercial fisherman myself, I would like to share a story that may reveal some of my connection to the sea.

The skies are dark and heavy over Shelicoff Strait, as a 10 knot easterly blows steady over the harbor.

Seines prepared, the four-man crew of the Protector, Captain Mori Jones, his brother-in-law Rex, Dave, and Gary, are anxious about the bad weather, but still eager to fish. At 4:30 p.m. Fish and Game announces the first opening of the season: 24 hours starting at 6 p.m. The reds are reported jumping and running strong at the mouth of Chignik Lagoon.

As they head out with the other seiners the men of the Protector exchange friendly insults and good wishes with the crew of their buddy boat the Desperado.

The Chignik river estuary includes shifting sand bars that funnel the sea’s tidal flow into dangerous and tricky currents. Ten-foot swells roll in and out over the bars into the lagoon. 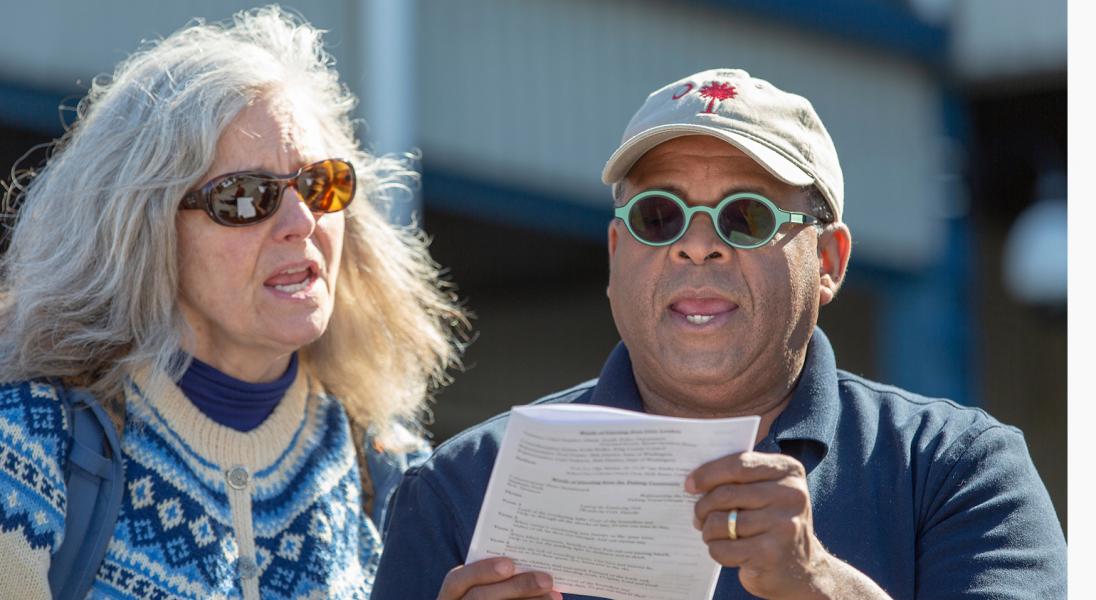 Dave, an able fisherman for ten years, and Gary are on deck at the stern, wearing heavy rain gear when a freak wave catches the boat’s stern and plunges the bow down under water. Mori at the helm pulls back hard on the throttle. Then, in no time a second more powerful wave hits them broadside, rolling the boat over. The entire crew, with no life jackets on, were swept under in a big arc.

In the frigid water, Dave saw daylight through an inverted scupper hole of the overturned boat. Numb, cold, and delirious, he managed to swim through the debris and grab hold of a gunwale. Gary, Mori, and Rex soon emerged and were able to clutch the ridge of the overturned hull, propeller still spinning in the open air.

As the waves continued to roll and churn, they instinctively knew they had to stay with the boat. It’s well-known that men cannot last more than a few minutes in the cold Alaskan waters. With other boats nearby in the lineup to pass through the narrows, distress calls were shouted over microphones.

Miraculously, the men of the Protector all survived, thanks to the quick and daring action of the Scorpion’s skiff man Glen Stephanov, and another crew member, Alan Kelmakof. Not to be outdone, the very next day they again set out for the catch of the season on a borrowed tender.

As the thankful crew of Protector was warmed and revived in bunkhouse 13 ashore, on Friday the 13th, Dave considers 13 to be his lucky number. This is the familiar story of friendship, families, and the network of support amongst all fishermen that help sustain them and bring them back safely from the sea.

Come this June 10th, my brother Dave, captain of the gillnetter Majestic, will again set out for another fishing season — this his 43rd year, along with my son Benjamin age 23, now in his sixth year.

Please join me in providing your blessing to all the women and men of the North Pacific Fishing Fleet for a bountiful harvest and a safe return!

Port-wide One Percent for Art Strategy