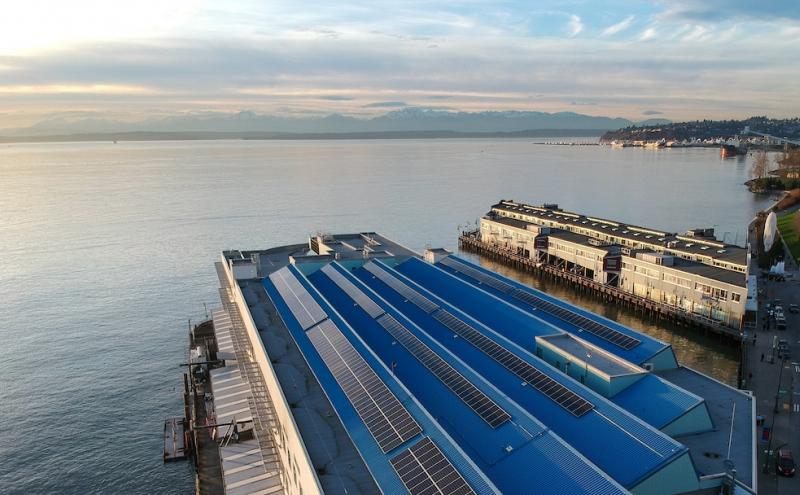 This week marks the opening of the United Nations (U.N.) Climate Conference of the Parties, (COP26), in Glasgow, Scotland. The Port is commemorating this event by strengthening our climate goals, and announcing new partnerships, projects, and policies designed to get us closer to achieving our long-held goal of becoming the “Greenest port in North America.”

Many people argue the United States, one of the biggest per capita polluter nations in the world, ceded global leadership in the fight against climate change long before Donald Trump announced the U.S. would exit the Paris Climate Accord in 2017. And cited examples going back as far as 1981 — when Ronald Reagan ordered Jimmy Carter’s solar panels removed from the White House — as clear examples of our failed leadership that set the U.S. down the wrong path for decades.

President Carter outlined two visions for the future when he dedicated solar water heaters on the White House back in 1979:

A generation from now, this solar heater can either be a curiosity, a museum piece, an example of a road not taken — or it can be just a small part of one of the greatest and most exciting adventures ever undertaken by the American people. (Source: Scientific American May 12, 2009).

In the 1980’s, Republicans in Congress and President Reagan eliminated tax breaks for solar energy — and our early innovative efforts are in a museum in China. We gave away our industrial edge in solar manufacturing and gutted research and development into alternative energy. What a lost opportunity with such dramatic and lasting consequences!

We are in the final hours before climate Armageddon besieges the planet … the Port of Seattle must be a climate protection leader among global ports!

In 2017, the Port of Seattle pledged to become the “Greenest and Most Energy Efficient Port in North America.” For the last several months I have been probing these questions:  What does “being the greenest” mean?” Are we making progress? And how do we compare to other ports? Can we accelerate our goals and what can we be doing faster?

On Tuesday, October 26 at its regular commission meeting, the Commission announced specific actions that shed light on these important questions and will bring us closer to reaching our goal. The Port of Seattle is:

But we know that one port cannot change the world on our own. Climate action also requires personal responsibility. That means all of us — growth in air travel is driven by traveler demand, just as global shipping is driven by consumer demand.

Recommit to the challenge

Our challenges loom large. Ports around the globe host inherently polluting transportation industries: ships, jets, industry, and commerce. But this challenge also gives us an opportunity. Many of the businesses we work with are committed to our same goals of reducing carbon emissions and transitioning to clean energies. We will get there, but the transition must be fair, just, and equitable.

The Pacific Northwest region is a longstanding national leader in environmental sustainability. Government does its part with innovative policies and strategic investments. Environmental organizations are headquartered here and helping to lead the change we need. Many corporate leaders and businesses are committed and working to find more ways to reduce GHG emissions. Still, there is more we can and must do.

This inspires me to seek to bring a future U.N. Climate conference to Seattle, “COP-SEA.” Together we can strengthen our commitment to climate action and participate more determinedly in the global effort. Seattle and the Pacific Northwest are perfectly situated. We are a microcosm showing the effects of climate change, ocean acidification, receding glaciers, unprecedented fires, and other anthropogenic catastrophes.

The good news, symbolically speaking, is that solar panels are now back on the White House roof — and now on the Port of Seattle Headquarters! Let’s re-take a leadership role front and center globally and bring the U.N. Conference on Climate to Seattle!