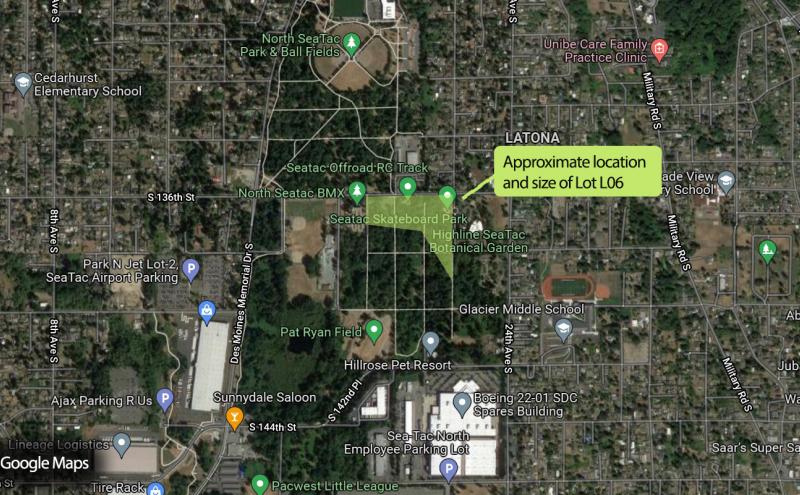 When a treed green space in North Sea-Tac Park came under consideration as a future parking lot, I must admit Joni Mitchell’s famous lyrics, “They paved paradise, and put up a parking lot!” came to mind. As an early advocate for a Port of Seattle tree stewardship policy, I’ve sought to have a full inventory of mature trees on all Port properties. So, upon first hearing that 11 acres of wooded land at North SeaTac Park was reserved for possible expansion area airport employee parking, my first instinct was to say, “That’s crazy!” But the public process can be stymied by bureaucratic red tape, and sometimes plans change.

Last week a community advocate who opposed the parking lot idea, along with SeaTac City Councilmember Peter Kwon, led me on an inspiring tour of the site.

Recently, those park advocates following the issue were greatly relieved to learn that the Federal Aviation Administration (FAA) issued a notification that the site was removed from further consideration as an alternative under the draft Sustainable Airport Master Plan. Though the L06 site, as it is termed, may not be paradise — It’s a former residential neighborhood with considerable invasive ivy lying under the flight path — it's a special wooded outdoor place to many recreational users.

Earlier this year, prior to the FAA decision to confirm that L06 was removed from consideration, Port Commissioners were deeply concerned about the potential loss of this centrally located wooded land being used for park and recreational purposes. As I listened, I became more aware of the intrinsic value of this property as park space, as well as the challenges with the FAA’s regulation and control, and I was determined to find a pathway to reconciling the opposing interests.

This issue requires a bit of background. You may be asking yourself, “Why does the FAA get to tell the Port what to do with Port-owned property?” A reasonable question. The Port used FAA money to acquire the property as a noise buffer, beginning in 1970. FAA funds typically come with strings attached in the form of grant assurances that the Port must agree to. Just like most grants, if we violate the terms of the agreement, we would likely be required to give them their money back. In this case many millions of dollars. All those grant assurances remain in place and limit the way the land can be used, and any “sale” would require fair market value.

L06 may never have been very close to becoming an employee parking lot, but it’s informative about how the public process works. It was just one possible option for one part of the Port’s Sustainable Airport Master Plan (SAMP). But “whew!” through the process, the L06 forest was ruled out.

Now that the Port is not considering paving L06 to put up a parking lot, the pressure is off and we have the time and opportunity to engage in a robust discussion on a path forward, working with the community and City of SeaTac to determine the best options for the future health and wellbeing of the community. I know what my priority is.

Sign up to receive email updates from Commissioner Steinbrueck

Related to No Paving Paradise at SeaTac Park 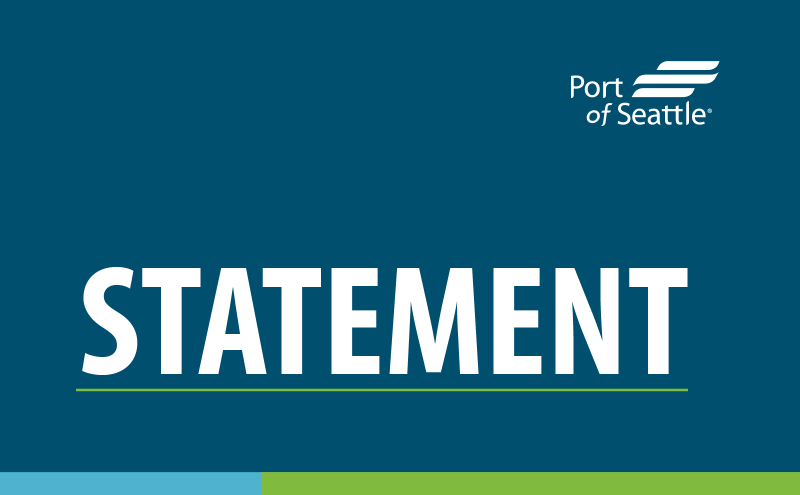 Early thisâ¯year, Port staff submitted the draft federal environmental assessment (EA) for the Sustainable Airport Master Plan (SAMP) to the FAA for its review. The EAâs screening of alternatives i...